"'Cream,' the Chinese version of a track from the band's latest album released in June, will drop next Tuesday via QQ Music, the largest music streaming and downloading service provider in the country," Banana Culture Entertainment said.

The song's highly anticipated music video, jointly produced by a high-profile Chinese director, is set to be unveiled the same day through various local music sites and the group's account of the social media service Weibo, the Chinese equivalent of Twitter. 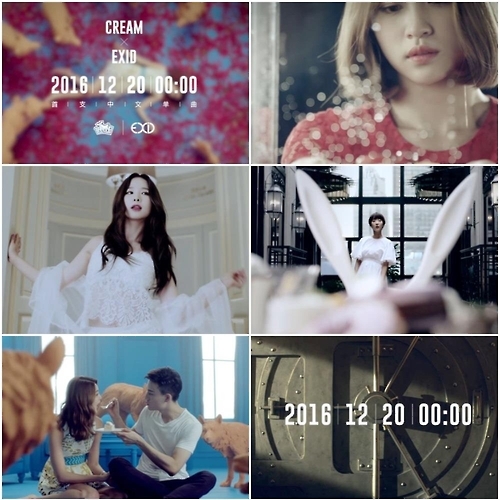 The band's management added, "the group, to accommodate the local fans' request, plans to be actively engaged in the Chinese music scene, kicking things off with the impending release of 'Cream.'"

In the teaser clip of the track's music video, the members put on a soft and feminine look, posing a sharp contrast to their usual energetic and cheerful image.

The five-member act has garnered much popularity in China with their hits "Up & Down," "Ah Yeah, "HOT PINK" and "L.I.E," among others. The group was the first K-pop girl group to perform at the Strawberry Music Festival 2016 in Beijing, one of the country's largest outdoor music events.