CPI, developed by entertainment company CJ E&M and Nielsen Korea, measures the popularity of TV shows based on the number of views of related news stories, online search tallies and buzz on social media.

In the show, a group of viewers called "public producers" choose by popular vote members of a new project idol group from a pool of 101 trainees from various entertainment companies, along with the team's roster, concept and debut song.

SBS TV's "My Sassy Girl," a period romance comedy that is part remake of the Jun Ji-hyun movie from 2001, debuted on the chart at second place, with 233.6 points, followed by star producer Na Young-suk's new tvN show "Dictionary of Useless General Knowledge" with 232.9 points. 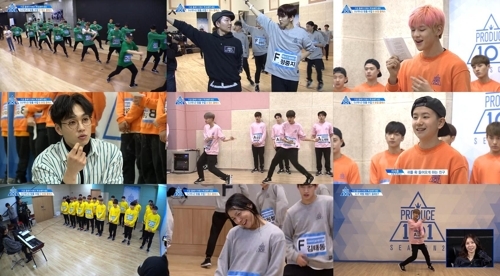