The Korean People's Army (KPA) stressed that it stands ready to stage an all-out armed conflict if Washington presses ahead with a preventive war against it.

The saber-rattling came hours after U.S. President Donald Trump warned that North Korea will be met with "fire and fury" should it stick to ambitions to hit the U.S. with ballistic missiles.

The North's Strategic Force said it's "now carefully examining the operational plan for making an enveloping fire at the areas around Guam with the medium-to-long-range strategic ballistic rocket Hwasong-12," according to an English-language statement carried by the official Korean Central News Agency (KCNA).

It cited the need to contain the U.S. major military bases on Guam, including the Anderson Air Force Base, where U.S. strategic bombers are based.

The plan will soon be reported to the Supreme Command after "full examination and completion," and will be put into practice "in a multi-concurrent and consecutive way" at its leader Kim Jong-un's order, added the command.

"It appears to mean an operation to put Guam under siege to block the deployment of U.S. strategic assets in and out of the island," a defense ministry official said.

Earlier this week, two B-1B Lancers flew over Korea again in a joint training with South Korean fighter jets. It reportedly takes only two hours for the supersonic bomber to reach Korea from Guam.

The North has responded sensitively to such a deployment. 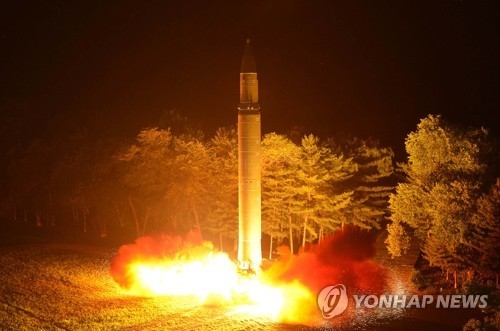 Tensions have escalated amid the North's talk of retaliation against Washington in response to the United Nations Security Council's adoption of a new sanctions resolution against the regime for its continued launch of intercontinental ballistic missiles (ICBMs).

The nuclear-armed Korea fired an ICBM, called the Hwasong-14, on July 4, followed by another one that traveled a longer distance in late July.

Experts said that the second one may have put much of the U.S. mainland within range, including Los Angeles and Chicago.

The U.S. has concluded that the secretive nation has successfully produced a miniaturized nuclear warhead that can fit inside its missiles, The Washington Post said in a report based on the U.S. intelligence community's assessment.

Trump's top security adviser H.R. McMaster earlier told MSNBC that the U.S. is preparing for a "preventive war" with North Korea among other options on the table to deal with Pyongyang's nuke and missile threats.

A preventive war is aimed at heading off the possibility of an enemy's attack.

"The provocative war the U.S. has devised and plans to execute will be countered with a just all-out war of wiping out all the strongholds of the enemies, including the U.S. mainland," said a spokesman at the General Staff of the KPA.

Experts said that North Korea is likely to continue its bellicose threats as Seoul and Washington will conduct their annual joint military drills starting in late August.

Pyongyang has claimed that the exercise is a rehearsal for invasion despite reassurance by the allies that it is defensive in nature. 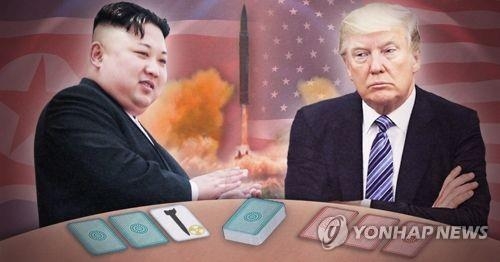