The remark by Defense Secretary Jim Mattis marks a departure from the popular argument that there is no viable military option that would not leave thousands of South Koreans and U.S. service members dead.

"Yes, there are," Mattis told reporters at the Pentagon when asked whether there were military options that would not seriously endanger Seoul. "But I will not go into details."

Mattis said he discussed with South Korean Defense Minister Song Young-moo the issue of reintroducing tactical nuclear weapons to South Korea to counter North Korea's nuclear and ballistic missile threats. But he declined to say whether the option is under consideration.

Tensions have run high in the region as North Korea has tested a series of ballistic missiles as well as a nuclear weapon it claims was an H-bomb.

In its latest provocation, Pyongyang fired an intermediate-range ballistic missile over Japan on Friday, demonstrating the ability to hit the U.S. territory of Guam.

Mattis said the U.S. and Japan did not shoot it down because it did not pose a direct threat to either nation. 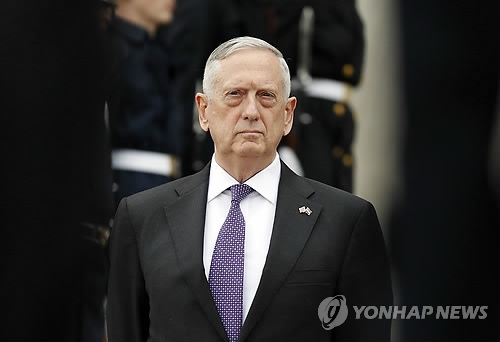