The Gangwon International Biennale 2018 will run from Feb. 3 to March 18 under the theme of "The Dictionary of Evil" as part of cultural festivals to celebrate the PyeongChang Winter Olympics and Paralympics.

"Coexistence, peace and equality are often associated with the Olympics. We've mulled over how to emphasize these key words, and we decided to seek a paradoxical effect by going into the many tragedies in human history," the biennale's art director Hong Kyoung-han said during a media briefing at Press Center in downtown Seoul on Tuesday. 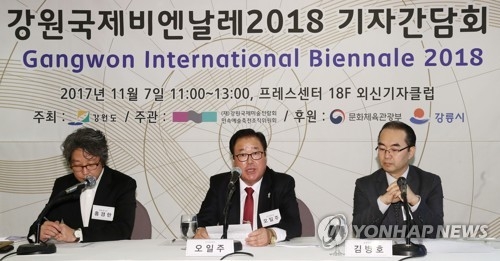 "We wanted to reflect reality in art, however tragic it is. It is the basic mission for a biennale, after all," he said. "We will explore some of the darkest examples of evil through artists' perspectives and try to raise questions."

The art festival costing 2.9 billion won (US$ 2.6 million) is the extended version of the PyeongChang Biennale, which started in 2013. The provincial government of Gangwon, where the three cities -- PyeongChang, Gangneung and Jeongseon -- to host winter games are located, has turned the existing one into a biennale on a larger scale in time for the global sports event.

Around 100 pieces of media art, paintings, sculpture and performance art will be presented by 60 teams of artists from 20 countries on topics ranging across such topics as political crises, refugees, violence, immigration, identity, war and power. 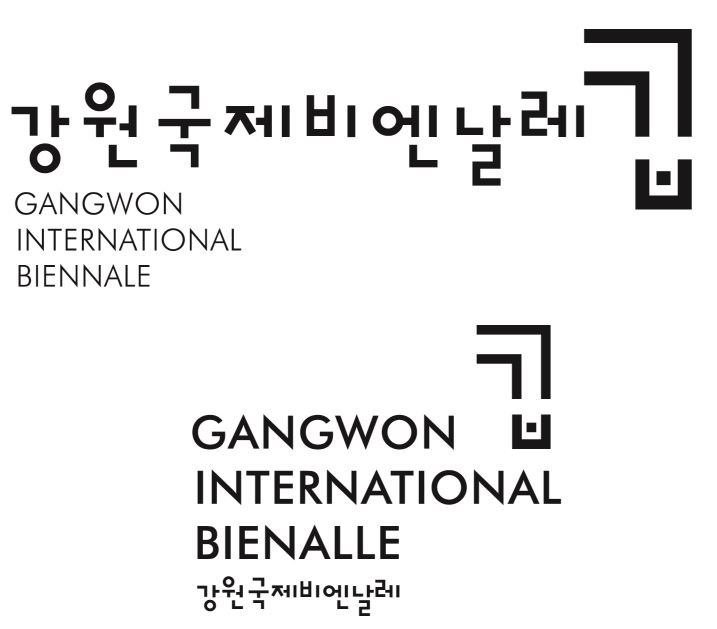 Korean artists include, among many others, installation artist Kim Seung-young, who is known for using natural materials like water, moss and rocks to address the themes of communication and memory, and Lee Wan, who exhibited his work at the Venice Biennale earlier this year. Also included is media artist and film director Im Heung-soon, who won the 2015 Silver Lion at the Venice Biennale for "Factory Complex," a feature-length documentary film that looked into the harsh working conditions of female laborers in Korea.

U.S.-based Lebanese artist Walid Raad, an Associate Professor at the School of Art at the Cooper Union School of Art, will bring works that deal with traumatic events like wars in his motherland. Columbian visual artist Rafael Gomez Barros, best known for his giant ant sculptures made of human skulls, will explore his usual dual themes -- desire and reality, identity and anonymity, and the individual and society.

"We hope this biennale lasts even after the Olympics ends. For it to happen, we have to exhibit great content," the director said. "We will focus on exhibiting pieces of art with a lasting impact."