SEOUL, Dec. 22 (Yonhap) -- 2017 was a watershed year for K-pop group BTS in the United States. The band won a Billboard award in May, entered the Billboard's main Hot 100 chart twice, performed at the American Music Awards (AMAs) and even appeared on national TV, including "The Ellen DeGeneres Show."

And behind a giant artist stood a colossal fan base. BTS devotees, who call themselves ARMY (acronym for Adorable Representative M.C. for Youth), in the U.S. have organized a bottom-up movement to put BTS in the spotlight, which, at the time, seemed unimaginable by any stretch of the imagination. They were planning to pitch an obscure Asian boy band to mainstream America.

With the release of a new BTS album on the horizon, which ended up being "Love Yourself: Her" that came out in September, a number of U.S. fans gathered on Twitter in July and decided to start a campaign: to educate local radio stations and DJs on BTS. Their goal was to introduce BTS to America, by getting the group on the airwaves and ultimately on the Billboard Hot 100. They organized and created a national network across all 50 states, named BTSx50States. 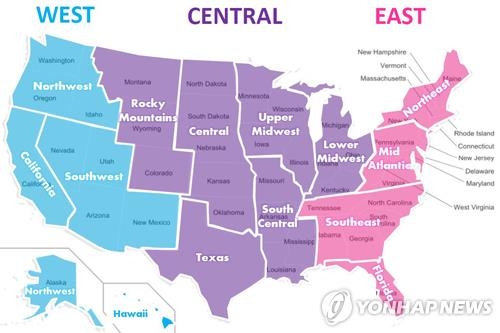 For all of BTS' achievements in the U.S., the role BTSx50States played and its impact cannot be overstated. BTS commands a global fan base of huge proportion. But Billboard factors music sold and played only inside America. In the past, there have been a number of individuals and fan groups that promoted BTS in America, but they have primarily focused on purchases and streams. None have matched the scale of BTSx50States.

The community was conceived with a structure, albeit initially a rough one, and scale in mind. It is divided up into 10 "regions," such as central, south central, upper Midwest and lower Midwest, and four states. Each region is split up into approximately five to six "state" groups. It is 100 percent run by volunteers, with 68 members across America with specific titles, who make spare time from their normal lives to promote their favorite septet.

But even with volunteers and donation resources, the campaign was short on time. They needed to mobilize and evangelize as quickly as possible. Needless to say, they needed thick skin.

"I got hung up on a lot," recalled Amanda McCaw, 40, who lives in Ringgold, Georgia, when asking her local radio station to play a BTS song. "But what do you do? Cross them off and go to the next station."

Outside her day job running an event planning business, McCaw is a member of the southeastern branch of BTSx50States and the administrator of its Twitter account @BTSxSoutheast. 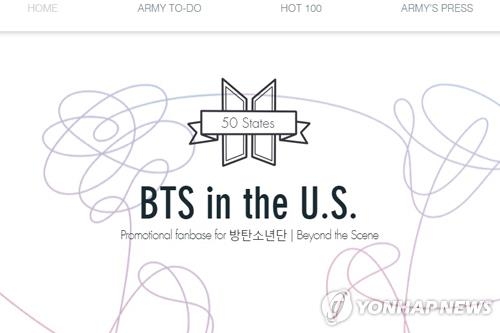 "There was one DJ who promise us he'd play BTS, but he put us off for two to three hours until the end of his shift. He then said the next DJ would play it, except the 'next DJ' was a syndicated show from out of state," McCaw said.

"Not well" was how she described how the early days of her requests went.

Bao Tran, 29, in Fort Lauderdale, Florida, said she started calling her local radio station after BTS won a Billboard award in May. Tran mustered up the courage and prepared thoroughly to do her favorite K-pop group justice.

"I wrote down what to say, so I wouldn't forget any important points," said Tran, who works in finance.

"I remembered telling myself, 'So this is what it's like to be a telemarketer,'" recalled Tran, who remembered hearing rude replies, such as, "You have to request a 'real' song."

Others have said some DJs wanted to play BTS but couldn't get their bosses to agree. The community persevered, referring DJs to BTS winning the Top Social Artist Award at the Billboard Music Awards, as well as a New York Times data-analytics story on what music Americans love most, published Aug. 7.

Not too long after, the community saw its first taste of victory, on Aug. 22 (local time), when DJ Gabby Diaz of the radio station KYLD WiLD 94.9 in San Francisco played "Not Today," a synth-heavy dance track on the album "You Never Walk Alone" released in early 2017. The feat was shared and went viral on social media, emboldening the community to double and triple down on requests. 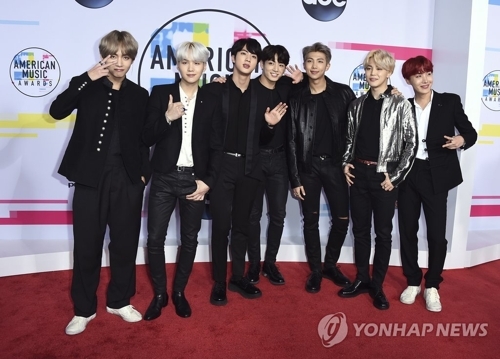 Outside of radio, BTSx50States also expanded its campaign front toward retail. The community appealed to major U.S. retailers to carry BTS' records in the hopes for sales to count on Billboard.

Big Hit Entertainment, BTS' management company in South Korea, then happened to strike an import deal with The Orchard, a Sony Music subsidiary in the U.S., which specializes in distribution and marketing of independent artists. This allowed for "Love Yourself: Her" to be sold in Walmart, Target and Best Buy, and be counted in the Billboard aggregation. Just to be sure, BTSx50States contacted Nielsen SoundScan to confirm that the albums sold at the retailers were counted in the Billboard aggregation.

Some radio personalities noted that BTS came at the perfect time to be introduced in the U.S., noting how the American music market has slowly but increasingly opened itself to non-English songs in reflection of the country's demographic shift.

"'Despacito' (by Luis Fonsi) is a 98 percent Spanish song, yet it was No. 1 in the country for several weeks, tying Mariah Carey's record for 'One Sweet Day' for most weeks at No. 1," noted DJ Sassy Smith at 103.7 KISS FM in Chattanooga, Tennessee. "So why not K-pop? That's why I began to play 'DNA' and ultimately lead in spins on 'Mic Drop,'" she explained.

The group later widened their operations to push BTS on television. The first social media campaign to get the K-pop group on "Ellen" began on Aug. 30. With the community's unrelenting request campaign and some help from DJ Smith, the group's appearance on the show was announced Nov. 9.

"I noticed 'Ellen' producer Andy Lassner was a Los Angeles Kings hockey team fan, so I sent him a tweet saying, 'The L.A. Kings want BTS on your show!'" Smith recalled.

The producer saw the message and forwarded the tweet to Kings' left forward Kyle Clifford, who later told the producer, "Give the kids what they want." After the AMA performance on Nov. 20, BTS appeared on "Ellen" a week after.

In October, BTS had already fulfilled its initial goal, of hitting the Hot 100 chart with "DNA," the lead track for "Love Yourself: Her," which peaked at 67th. But following the band's U.S. media blitz in November, BTXx50States set out a new goal: push the group into the crucial top-40 list. They hit their target much faster than expected, with "Mic Drop," featuring hip-hop artist Desiigner and remixed by Steve Aoki, debuting on the Hot 100 at 28th in early December.

Members of BTSx50States have effectively introduced the K-pop group to America with a huge splash, with BTS ultimately hitting No. 10 on Billboard's Top Artists in its year-end chart for 2017.

"The BTS fandom in the U.S. is big and they proved it when BTS came to America to do 'Kimmel,' 'Ellen' and the AMAs. Hearing the chants in the audience and seeing all the shocked audience thinking, 'Wow, who are these guys?' made it worthwhile," Smith said.

"I hope they open it up for other K-pop artists to cross over into America."