SEOUL, March 27 (Yonhap) -- The U.S. government will stop aid to any country involved in deals that can be instrumental to strengthening North Korea's cyberattack capabilities, according to an appropriations bill, signed by President Donald Trump last week.

The Omnibus Spending Bill stipulates that none of the U.S. government funds will be available for assistance to countries that engage in "significant transactions contributing materially to the malicious cyber-intrusion capabilities of the North."

It is the first time that the United States has introduced a legislation against the North's cyberattacks.

The punitive measure was taken amid rumors that the North is turning to cryptocurrencies to counter economic sanctions and secure funds to buttress its regime and nuclear and missile programs. 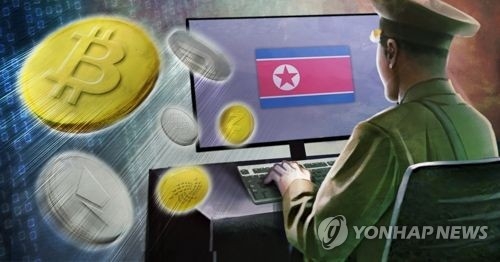