SEOUL, June 22 (Yonhap) -- Germany has been belatedly classified among the participating nations in the Korean War, as South Korea has added the European country to the list of countries that provided medical assistance during the 1950-53 war, government officials said Friday.

The Ministry of National Defense has designated Germany as the sixth provider of medical support to the war-stricken South Korea 64 years ago, saying that Germans set up a hospital in Busan in May 1954 and engaged in medical assistance activities.

After the outbreak of the war on the Korean Peninsula, 21 countries contributed to the United Nations force that came to the aid of South Korea against North Korea, which was backed by China and the then Soviet Union. 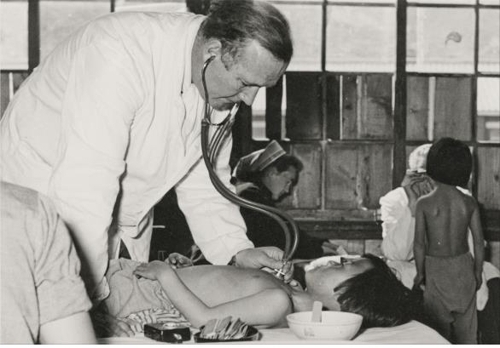 In May 1953, two months before the ceasefire, Germany notified the U.N. headquarters of its intent to set up a field hospital in South Korea to support U.N. soldiers participating in the Korean War and sent a medical unit of around 80 staff the following year.

But the European country was not included among the Korean War providers of medical aid because its medical support activities began after the armistice treaty was signed on July 27, 1953.

The ministry asked the Institute of Military History to examine Germany's medical assistance activities, which lasted for five years from 1954, and held a public seminar in Seoul last month to listen to the opinions of scholars and experts.

"Germany expressed its intention to send a medical unit during the war and its goal was to support the U.N. force, instead of engaging in post-war relief efforts. In addition, the German unit operated under the U.N. flag. Those facts were comprehensively taken into consideration," a ministry official said.

The ministry plans to introduce the addition of Germany to the list of Korean War medical support providers in the 2018 Defense White Paper and revise all relevant official and historical records.