SEOUL, July 27 (Yonhap) -- The executive chief of South Korea's largest Buddhist order offered an apology for a series of scandals involving embezzlement and corruption, but declined to step down immediately.

The disgraced Ven. Seoljeong, the executive chief of the Jogye Order of Korean Buddhism, said during a media briefing on Friday afternoon that he would decide his stance on the resignation demand as soon as possible.

"I feel heavy responsibility for having put the sect in this difficult situation," he said. "I sincerely apologize for disappointing and worrying people."

The 76-year-old has been dogged by a string of allegations of misusing and embezzling the sect's public funds and secretly fathering a daughter, despite publicly identifying as a celibate Buddhist monk. 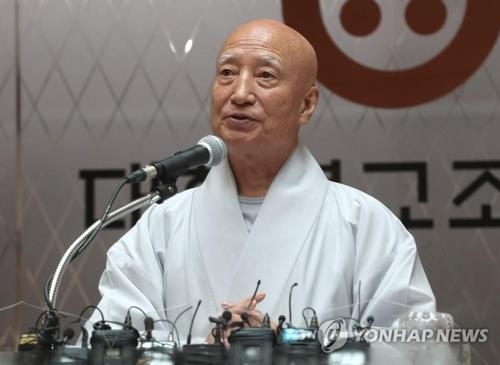 But he denied the accusations levied against him and said any decision should be made according to the sect's rules.

"Since they are not true, I expected the doubts to be cleared up soon. I believed the truth would definitely come out," he said. "I will humbly accept any opinion from the sect's members to break through this current situation in a wise manner."

Rev. Seoljo, a reform-minded senior monk, is on a hunger strike demanding Ven. Seoljeong's resignation. The hunger strike reached its 38th day on Friday, supported by civic groups and rank and file members of the Jogye order.

A nationwide association of Buddhist monks staged a prostration protest at the Jogye headquarter temple in central Seoul. Associations of Buddhist nuns and college students have also joined the protest. 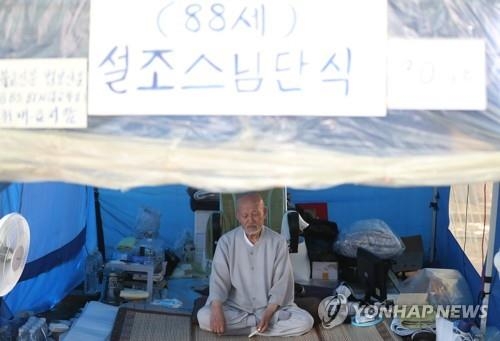