It is part of the results of the second round of working-level talks among North Korea, South Korea and the United Nations Command (UNC) which took place at the Freedom House, a South Korea-controlled building at the truce village of Panmunjom, earlier in the day.

In accordance with the inter-Korean military agreement clinched last month, Seoul and Pyongyang agreed to disarm the JSA, and the first trilateral meeting to discuss ways for its implementation was held last week. The UNC oversees activities inside the DMZ.

"The two Koreas and the UNC agreed to take measures of withdrawing firearms and military posts from the JSA by Oct. 25, and for the following two days, the three parties will conduct a joint verification," the Ministry of National Defense in Seoul said in a release.

The three parties also "confirmed and evaluated the official completion of the demining operations," the ministry said, vowing "continuous efforts to fulfill the JSA disarmament goal without a hitch." Last week, the two Koreas finished their 20-day mine clearance work. 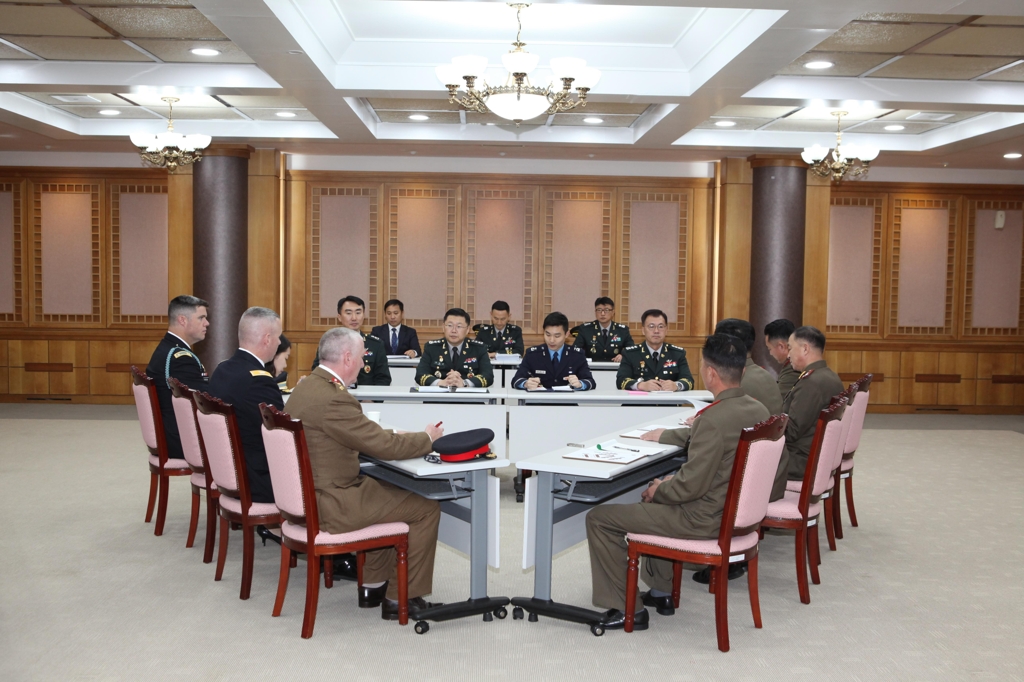 Separately, the two Koreas' militaries decided to hold general-grade talks to discuss the enforcement of their recent military agreement at Tongilgak, a North Korean building in Panmunjom, on Friday.

At the talks, the two sides will also discuss how to form and run a joint military committee tasked with checking the enforcement of the agreement. In addition, they will touch on the plan to conduct joint research on the Han River estuary where civilian access has been restricted due to inter-Korean tensions.

Seoul first made the proposal for the talks, which Pyongyang later accepted, Seoul officials said.

Major Gen. Kim Do-gyun will lead South Korea's delegation, while the North Korean side will be represented by Lt. Gen. An Ik-san.