SEOUL, Jan. 28 (Yonhap) -- Actor Park Bo-gum stormed into the public consciousness with his role as a quiet and gentle genius teenage Go player in the wildly successful local TV series "Reply 1988," which ran from late 2015 to early 2016.

His next role, in the 2016 KBS period romance drama, "Love in the Moonlight," again cemented Park's image as a youthful, sweet-hearted actor on the border between the adolescence and manhood.

With his latest role in the tvN romance series, "Encounter," Park took a clear, irreversible step into his manhood both as an actor and a person.

"I wanted to present (the leading character) as a young man, rather than as a boy, as well as the process of the young man's rebirth as a genuine man," Park said during an interview with Yonhap News Agency on Monday.

Co-starring Song Hye-kyo of the 2016 mega-hit "Descendants of the Sun", the new drama aired its final, 16th episode last week.

The drama's male lead, Park's Jin-hyuk, an open-minded newcomer on the staff at a newly opened hotel chain, rescued the hotel owner, Cha Soo-hyun (played by Song), from her long-strained life as the daughter of a high-profile politician and the ex-daughter-in-law of a wealthy family.

"I am always left with a sense of regret whenever I act in a project. (When I started acting in 'Encounter') I was under pressure and wanted to do well because this was my first contemporarily set drama," Park said. "As more episodes went on-air, I tried to portray (Jin-hyuk) as actively expressing his love (for Soo-hyun)." 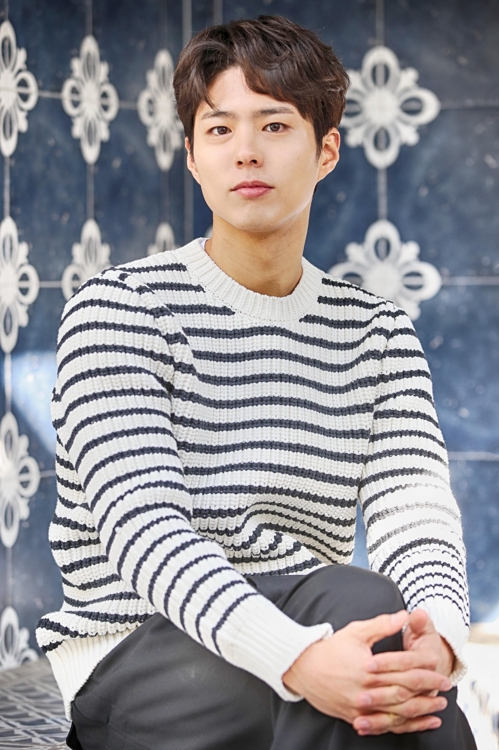 The 25-year-old shares Jin-hyuk's sensitivity to other people's feelings, but Park is more reserved when it comes to romance.

"I resemble Jin-hyuk in that he puts other people's hearts ahead (of his own), but he is more direct and outgoing in terms of expressing (his love)," according to Park.

"When I meet someone I love, I say 'I like you' often, but saying it as often as Jin-hyuk did is really difficult. I learned a lot from him." 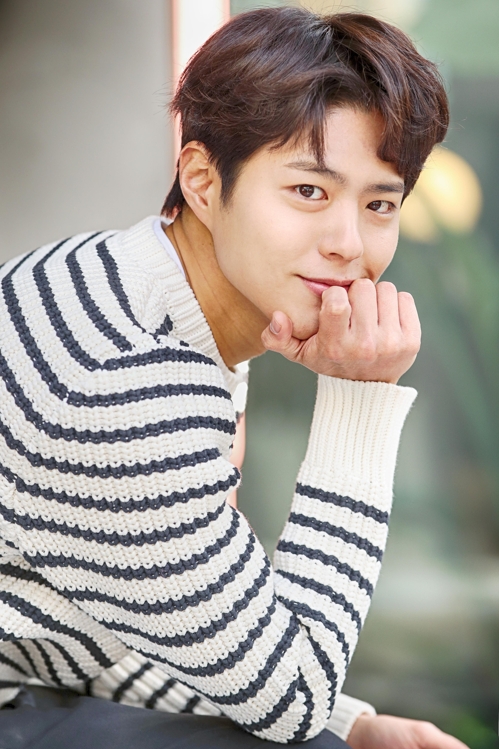 When it was announced in July last year, the casting of the latest TV show, drew both excitement and bemusement as it brought together two TV stars who were born 12 years apart as a couple.

"Our interaction wasn't divergent to the point of realizing the age gap; the shooting was very smooth because we both understood our characters well," Park noted.

"When I first came across this scenario, it looked really fresh and interesting in the ending of each episode. I also liked the sweet mindsets of Jin-hyuk and other characters," he said.

"Looking back from the point of the show's ending, I think it was a heart-warming and smoothly plotted drama, although there are various points of view," he said.

"But I still have my first pledge that I would not be affected by the show's viewership and I am happy with its results. I think it was good enough." 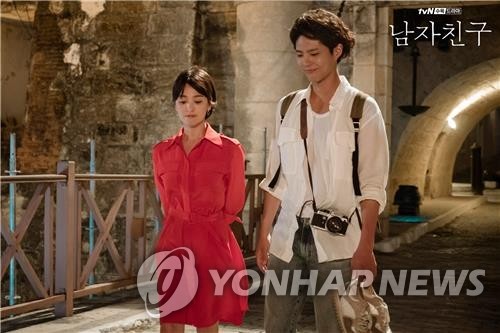 "Encounter" started off with a solid viewing rate of over 10 percent, which is high for cable TV programs, but the figure came down to the 8-percent range at the time of the show's ending last year, according to Nielsen Korea.

Playing the role of Jin-hyuk was a soul-searching journey for Park.

"Jin-hyuk clearly and surely knows the happiness of everyday life. I happened to see through his eyes what I have missed out on, neglected or gotten used to (in the course of the past 20 years)."

"Acting is what I like and chose to do, and it's satisfying that I could find happiness in my work."

He also mentioned a possibility of early military enlistment. All able-bodied South Korea men are required to do 19 months of military service because the country is technically still at war with North Korea.

"I wanted to join (the military) at a time that wasn't too late," he said.

Following the drama's ending, Park kicked off an Asian fan-meeting tour over the weekend in Seoul. Some 5,000 fans gathered to meet and greet Park in the first leg of the Asian tour, held at the stadium of Korea University on Saturday, according to Blossom Entertainment.

He will meet 50,000 more fans when he visits Japan, Thailand, Singapore, Hong Kong, Indonesia, Malaysia, Taiwan and the Philippines as part of his Asian tour.