The K League 1 club said they've reached an agreement with Brisbane Roar in the Australian A-League on the transfer of Taggart.

Taggart, who made his senior debut with Perth Glory in 2011, was the top scorer in the A-League in 2014 after scoring 16 goals in 28 matches for Newcastle Jets.

Following his impressive performance, Taggart moved to then-second-tier English club Fulham and later played for Scottish side Dundee United on loan. He returned to the A-League in 2016 after signing with Perth Glory and joined Brisbane last year.

The 25-year-old had scored 11 goals in 18 A-League matches for Brisbane this season before his transfer to Suwon.

Taggart has three goals in seven appearances for the Australian national football team. He played against the Netherlands and Spain at the 2014 FIFA World Cup. 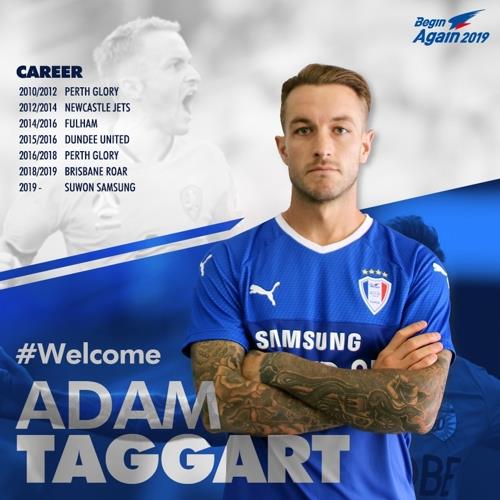