Insiders on the South Korean tech giant's global brand marketing team present at the unpacking event in San Francisco for the four S10s and all-new Galaxy Fold said there are internal discussions on the current alphanumeric system. The present system has been around since the first Galaxy S in 2009. 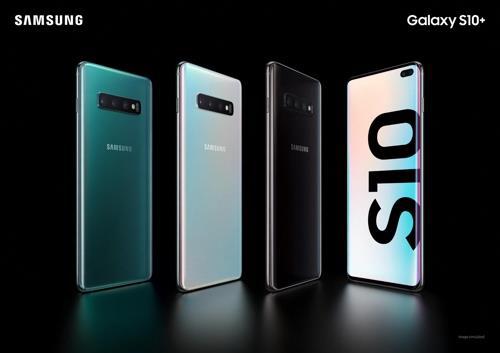 "Samsung is aware that after the S10, people may not like the longer names that will come with two-digit numbers, if we stick to the current system," a marketing expert at the world's largest smartphone maker said. The executive pointed out people may have a harder time pronouncing phones that end with 11, 12 and 13.

"Nothing has been decided although the company is looking at options that can appeal to consumers," the insider said, without going into detail.

On the naming of the world's first foldable phone ready for mass-production, another Samsung representative said the designation was chosen to clearly represent the company's leading role and define this category of devices going forward.

There had been rumors that the foldable device will be called the Galaxy F or even the Galaxy X.

In regards to the ability of the latest flagship phones like the Galaxy S10 and S10 Plus to use its internal batteries to charge other devices via a wireless arrangement, Samsung said it is planning to launch a so-called battery Karma program that encourages users of the company's latest and greatest devices to create a power sharing culture that can help others in need of a quick recharge.

The program that will be part of the marketing advertisement for the new phones will highlight that a person who shares his or her power with others will one day be able to receive the same favor form a person who is into the promotion of power sharing.

Samsung, meanwhile, said that the new phones and wearable devices like the Bluetooth-connected Galaxy Buds that fit into a person's ears will be shown on electronic billboards in New York, Paris, Milan, Madrid and Moscow.
(END)