It cast further gloom over the already-troubled denuclearization and peace-building processes and the months of bromance between the flamboyant leaders.

Trump, however, left the door open for continued dialogue, claiming his relationship with Kim remains strong.

"It was about sanctions," Trump said at a press conference just before his departure from Hanoi. "Basically, they wanted the sanctions lifted in their entirety, but we couldn't do that."

He added there was a gap between what Washington and Pyongyang wanted.

"They wanted sanctions lifted but they weren't willing to do an area we wanted. They were willing to give us areas but not the ones we wanted," he said.

Trump stressed it "was not appropriate" to sign any document under the conditions, which involved "an incredibly complex set of issues" including denuclearization.

Trump said that the issue of dismantling the North's Yongbyon nuclear complex was discussed in the summit, their first in eight months, but it was "not enough."

"We had to have more than that. But he just wants all the sanctions off first" he said, adding his administration has information on other secret weapons development, including a "uranium-enrichment plan," that has not been reported by media.

"I think they were surprised we knew," Trump said.

Asked if he agreed with Kim on a third summit, Trump said, "No we haven't ... we'll see if it happens."

He argued, however, that the Hanoi talks were not without progress, citing Kim's promise to continue the suspension of nuclear and missile testing. He earlier said the Hanoi session won't be his last meeting with Kim, as he's "in no rush" for a nuclear deal.

Standing next to Trump and speaking to reporters, Secretary of State Mike Pompeo also said that the failure to reach a deal in Hanoi does not necessarily mean the denuclearization process has reached a dead end.

"I am still optimistic," he said and expressed hope that Pyongyang and Washington will resume working-level negotiations "in the days and weeks ahead" to resolve the "very complex problem" associated with timing and sequencing issues. 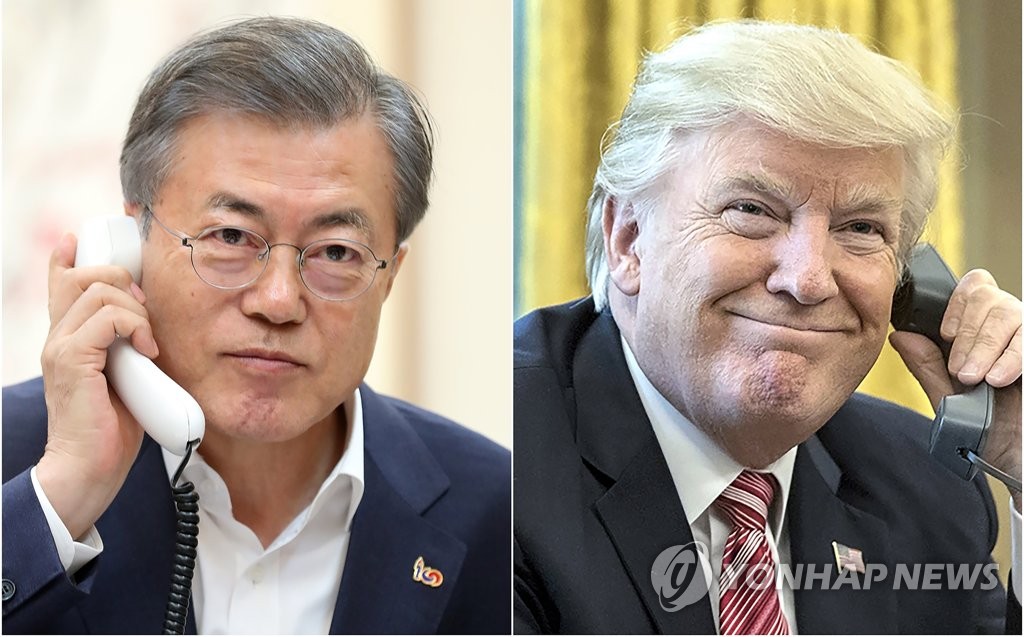 In his phone talks with Trump, South Korean President Moon Jae-in expressed hope that dialogue will go on, according to his office, Cheong Wa Dae.

On his way back to Washington D.C. by Air Force One, Trump was quoted as asking Moon to play an "active mediating role."

Moon said his government will provide necessary support for follow-up talks between Pyongyang and Washington to bear fruit.

The liberal president is credited with having played a leading role in creating the high-profile diplomatic process.

A South Korean government official later said there's no need to be excessively pessimistic about the future of the process.

This week's talks were part of a lengthy denuclearization process, not the end of it, he said on condition of anonymity.

Negotiations can be tumultuous and what's important is Washington's "very strong" will to continue talks, he told South Korean reporters in Hanoi. He said South Korea had working-level consultations with the U.S. on the summit results.

He added the North Korean leader had demanded the lifting of all sanctions.

Nonetheless, the failure to produce a Hanoi declaration has raised further doubts over the already-troubled denuclearization and peace-building efforts. 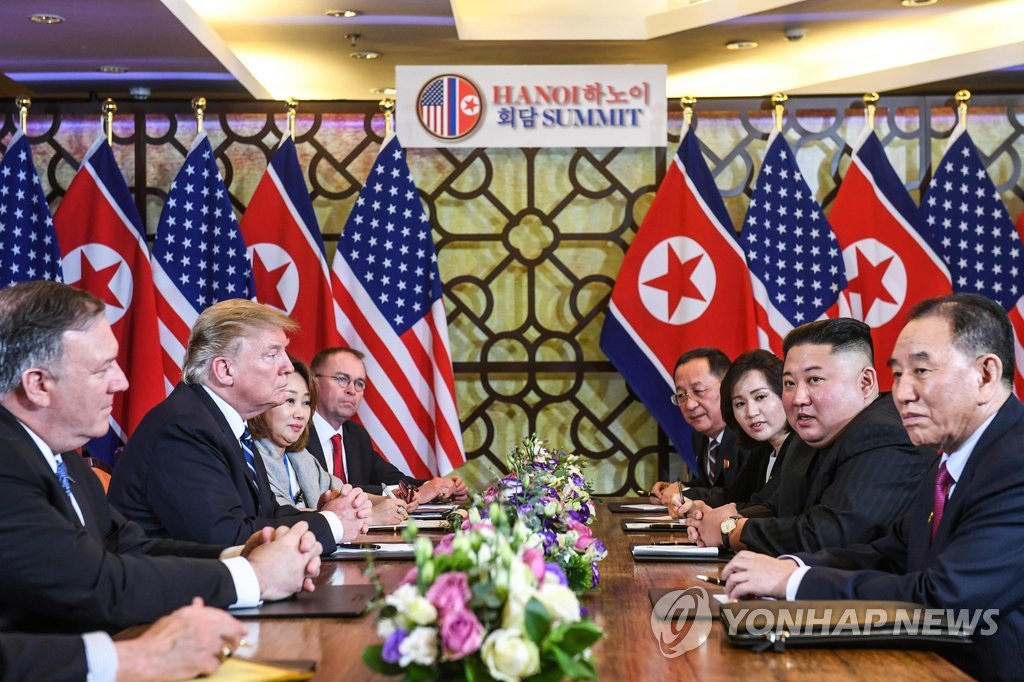 It also demonstrated the high risk of a "top-down" approach to deal with the issue, with an ultimate resolution elusive for decades.

China urged both sides to make concessions to "meet each other halfway" to keep the "hard-won" process rolling.

The situation in the Korean Peninsula experienced a significant turnaround over the past year and it is worth continuing, the foreign ministry spokesman, Lu Kang, said at a regular press briefing in Beijing.

Trump and Kim started their Hanoi summit Wednesday in a seemingly amicable atmosphere.

Before noon Thursday, they even talked positively about the establishment of a U.S. liaison office in Pyongyang, although Trump reiterated that he was "in no hurry" for a nuclear deal.

At the start of an expanded meeting, the North Korean leader told a pool reporter that he was discussing "concrete denuclearization measures" in this week's bargaining.

"If I weren't willing to do that, I wouldn't be here right now," Kim said in response to a question about whether he's ready to denuclearize.

The positive mood made its way for skepticism about a deal with news that the leaders cut short their summit.

They called off a joint working dinner and an agreement signing ceremony.

Trump abruptly moved up his press conference by two hours.

"No agreement was reached at this time, but their respective teams look forward to meeting in the future," White House press secretary Sarah Sanders said in a statement. 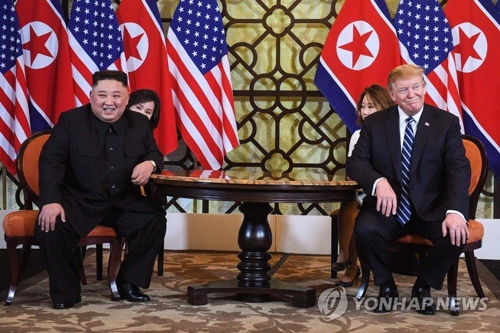 Trump is expected to face harsher criticism of his diplomacy on Pyongyang from critics in Washington D.C.

Kim will have to rethink his strategy, as the voice of hard-line military officials at home may gain some traction.

On the future of combined military drills with South Korea, meanwhile, Trump questioned whether they are necessary. He cited the huge costs for related operations, including the dispatch of high-tech "strategic assets" to Korea, saying South Korea should provide more financial contributions.

"We spend hundreds of millions of dollars on those exercises, and I hated to see it," he said. "And frankly, I was sort of the opinion that South Korea should help us with that."

Kim has kept silent since the end of the summit, staying at his hotel.

In spite of his unsuccessful nuclear negotiations in Hanoi, Kim plans to start a two-day working, goodwill visit to Vietnam on Friday as planned, the Vietnamese government said, without specifying his schedule.