In a report to a ruling party lawmaker, the ministry said that it is unclear whether the Dongchang-ri test site is functionally back to normal as reported by media outlets last week.

"It is understood that the restoration of external facilities at the site has been almost completed, but their functional recovery has yet to be confirmed," the defense ministry was quoted as saying by Rep. Kim Byung-kee of the Democratic Party.

The ministry told him the reconstruction work appears to have begun just before the Feb. 27-28 Hanoi summit between U.S. President Donald Trump and North Korean leader Kim Jong-un.

The ministry has presumed that the restoration work is designed to prepare for an international on-site inspection team to attend a complete teardown ceremony, following the precedent at the Punggye-ri nuclear test site, as the work started before the second summit, it said.

"North Korea repaired the Punggye-ri site before an inspection team visited it to see its demolition (in May last year). We've guessed that the Dongchang-ri restoration this time had the same purpose," the ministry said. 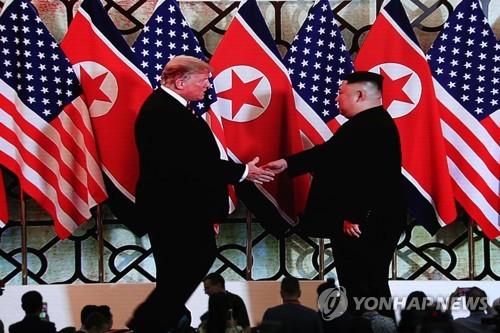