SEOUL, April 15 (Yonhap) -- SHINee's Minho and INFINITE's Jang Dong-woo will enlist in the military on Monday.

Minho, whose birth name is Choi Min-ho, has volunteered for the Marine Corps and will join a boot camp located in the southeastern coastal city of Pohang.

"I will be away for a short or a long while," the member of SHINee said in a handwritten letter posted on his Instagram. "Since I debuted on May 25, 2008, the time has passed so fast. SHINee World, the fan club, has given warm comfort to me."

Debuting as a SHINee member more than a decade ago, Minho has since released hit songs that include "Replay," "Ring Ding Dong," "Lucifer," "Sherlock" and "Everybody." 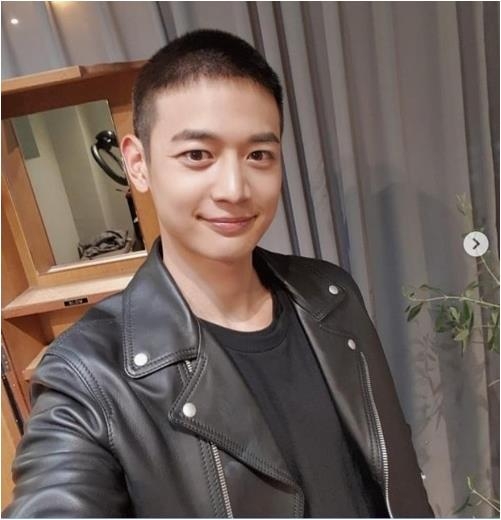 On the same day, Jang Dong-woo, a member of boy band INFINITE, will enlist in the Army, suspending his entertainment career.

The 29-year-old will begin his mandatory military service with training at an Army boot camp in Gangwon Province.

"Since 2010, I'm so grateful that I've experienced things like INFINITE, its unit and solo activities, musical, variety shows, radio, concerts and world tours," Jang said in his Instagram message. "It was so fascinating and enjoyable that I would want to be a member of INFINITE if I were born again"

He is the third of the band's six members to serve in the military after Sungkyu and Sungyeol. The band went on a temporary hiatus as members began to join the military one by one since last year.

Last month, Jang released the EP "BYE," his first solo record since his debut nine years ago. The EP was fronted by "News."

In South Korea, almost all able-bodied men are required to serve in the military for about two years as the country is technically at war with North Korea.