(ATTN: UPDATES throughout with a song that surpassed 700 million views)

SEOUL, April 15 (Yonhap) -- The video for BTS' 2017 hit song "DNA" surpassed 700 million views on YouTube on Monday, making it the second K-pop act ever to achieve the feat.

The video passed the threshold at 3:32 a.m. to become the second most-viewed video from K-pop acts after BLACKPINK's "Ddu-Du Ddu-Du," according to Big Hit Entertainment.

"DNA" is the main track off the boy group's EP "Love Yourself:Her" released in September 2017.

Earlier this year, the song's video earned the band the honor of becoming the first Korean group to hit 600 million views on YouTube.

The song ranked on Billboard's Hot 100 main singles chart for four weeks in a row upon its release. In February 2018, the Recording Industry Association of America gave a gold certification to it.

On Sunday, BTS' "Fake Love" became the third video from the band to break 500 million YouTube views, less than one year after its release.

After "DNA" and "Fire," "Fake Love" is the septet's third song that has achieved the YouTube feat.

"Fake Love," the main track of "Love Yourself: Tear," released in May last year, is the highest Billboard charting BTS song, having peaked at 10th on the Hot 100 chart last year.

BTS will again challenge its own Hot 100 record with its new song "Boy With Luv," which garnered 100 million YouTube views in less than 38 hours after its release Friday. 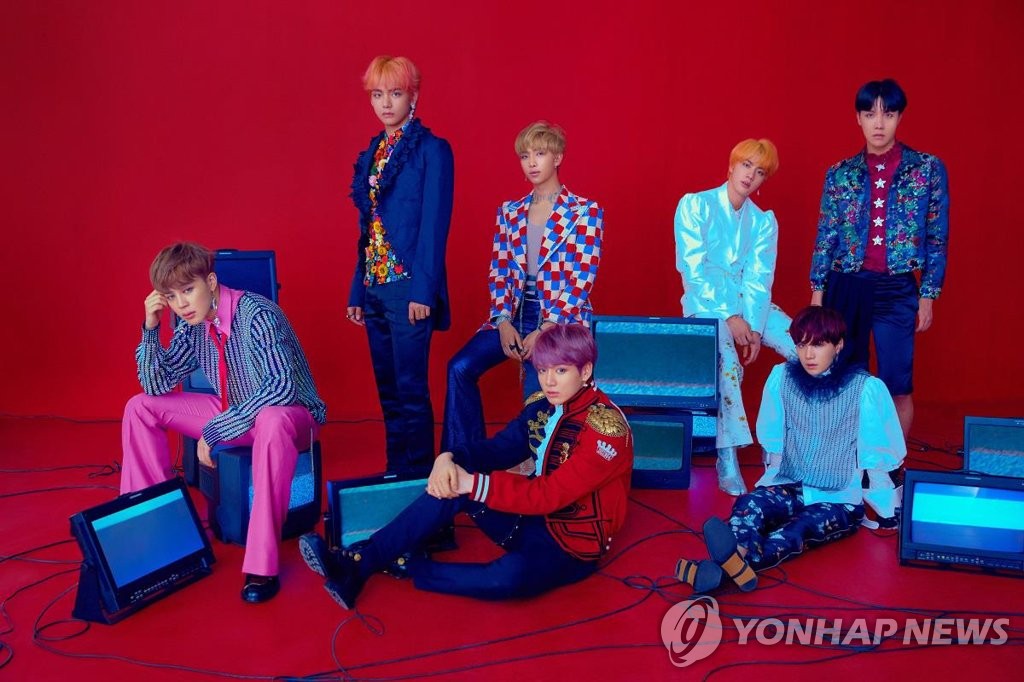