SEOUL, April 17 (Yonhap) -- U.S. President Donald Trump's planned visits to Japan in the coming months could lead to the resumption of talks between the United States and North Korea, a special adviser to President Moon Jae-in said Wednesday.

Moon Chung-in, a special presidential adviser for unification, foreign and security affairs, made the remark during a forum on inter-Korean relations in Seoul, saying he remains optimistic about the nuclear negotiations despite the current deadlock.

"Maybe when Trump visits Japan in May and June, he will also visit South Korea, and if so, I think, talks between the U.S. and North Korea will be also possible," he said without elaborating.

Trump is scheduled to make a state visit to Japan next month, which would make him the first state guest to meet the country's new emperor. He plans to return in June for the Group of 20 summit in Osaka.

"It is true that uncertainties are looming after the Hanoi summit and that we are in a difficult situation with goals to build a peace regime, keep the U.S.-South Korea alliance and achieve denuclearization," the adviser said. "Yet, I always think that where there is a will, there is a way."

The negotiations between Washington and Pyongyang made little headway after the second summit between Trump and Kim ended without an agreement in Hanoi in February.

Highlighting the importance of continued dialogue, Moon said he wants to meet Kim regardless of the venue or the format as soon as the North is ready. 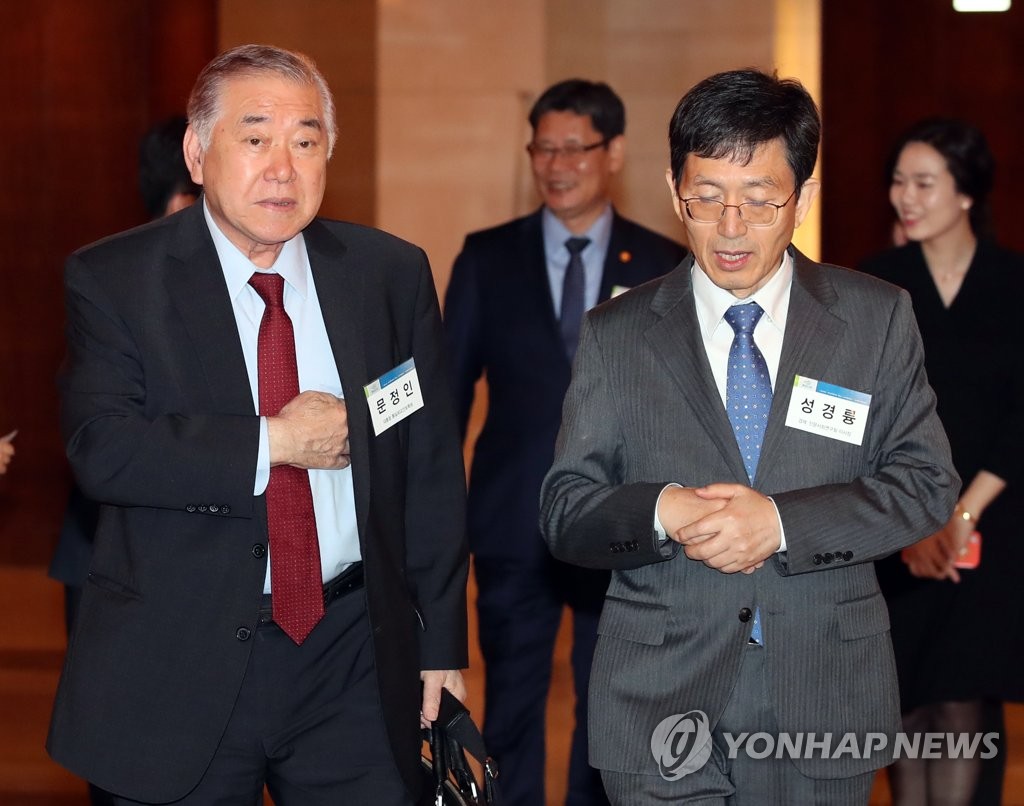