North Korean First Vice Foreign Minister Choe Son-hui accused Bolton of saying in a recent interview that the United States needs to see a "real indication" that Pyongyang is ready to give up its nuclear weapons before any third summit between their leaders. Her remarks were carried by the Korean Central News Agency in answer to a question about Bolton's interview.

"Bolton ... showed above himself by saying such a nonsense that the U.S. needs to see a real indication from north Korea that it has made a strategic decision of giving up its nuclear weapons before the 3rd DPRK-U.S. summit and that it should be ready to discuss what President Trump talked on a Big Deal," Choe was quoted as saying.

"Bolton's remarks make me wonder whether they sprang out of incomprehension of the intentions of the top leaders of the DPRK and the U.S. or whether he was just trying to talk with a certain sense of humor for his part, with its own deviation," she added. "I warn you that it would do yourself no good if you continue to throw away such remarks devoid of discretion and reason."

Her criticism came two days after a North Korean official called for the replacement of U.S. Secretary of State Mike Pompeo with a "more careful and mature" negotiator.

The official accused the top American diplomat of failing to understand Pyongyang's position and causing the denuclearization talks to become "entangled."

He apparently referred to Pompeo's remarks earlier this week concerning leader Kim's recent speech in which he expressed hope of seeing North Korea's denuclearization before the end of this year.

Last week, Kim expressed a willingness to hold a third summit with Trump and said he will wait "in patience" till the end of this year to see whether the U.S. makes a "courageous decision," apparently calling on Washington to change its tack before seeking to resume talks with Pyongyang.

Nuclear talks between the U.S. and North Korea have been stalled since February's summit between Kim and Trump ended without an agreement due to differences over how to match Pyongyang's denuclearization steps with Washington's sanctions relief.

Trump later responded in a tweet that a third summit with the North Korean leader would be "good."

Experts say that North Korea's recent criticism of top U.S. nuclear negotiators, using individual officials' remarks, not official government statements, appear to be well-coordinated not to provoke too much, while sending a warning message to Washington not to create impediments ahead of a possible resumption of their negotiations.

"We should see that North Korea is controlling the level of its criticism," Yang Moo-jin, a professor at the University of North Korean Studies in Seoul, said. "It appears to say that if the U.S. puts pressure on it, it has no choice but to respond. But it still appears to try to keep the line of dialogue intact by not going as far as to hurt trust between North Korea and the U.S." 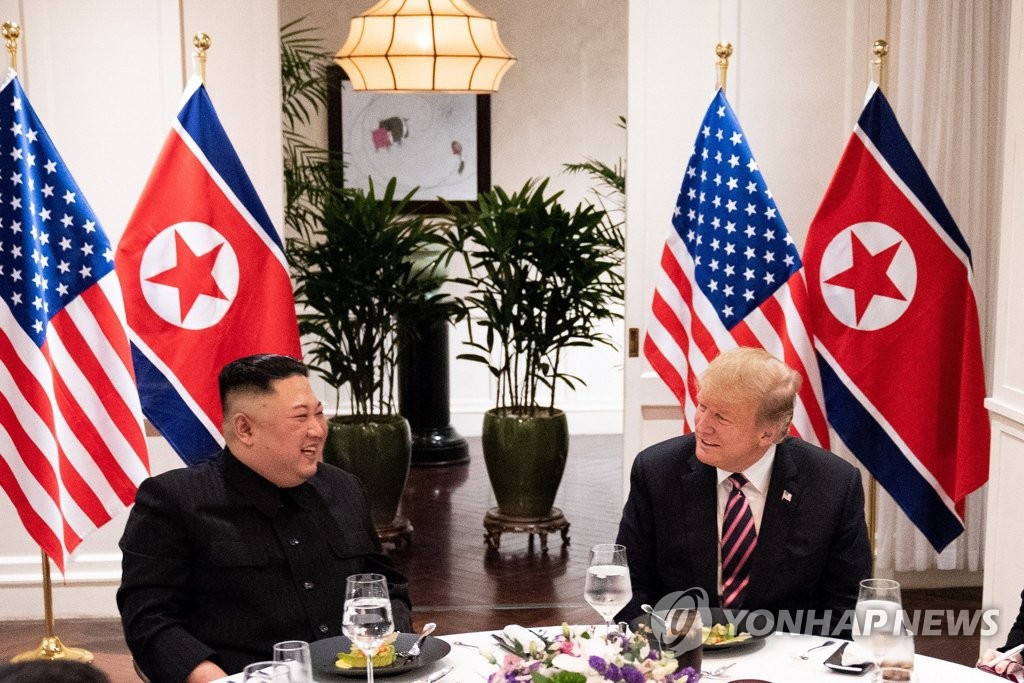