The Defense Project Promotion Committee passed the plans to construct the second batch of three destroyers, called Gwanggaeto the Great Ⅲ, by 2028 with a budget of around 3.9 trillion won (US$3.3 billion), according to the Defense Acquisition Program Administration (DAPA).

The new Aegis destroyers will be outfitted with an upgraded missile launch system which will allow them to intercept ballistic missiles. They will also represent a marked upgrade in detection and tracking abilities, the agency noted.

The committee also approved a plan to build the next-generation indigenous submarine, the Jangbogo Ⅲ.

The project calls for building three 3,450-ton submarines that will be equipped with ballistic missile launchers with its own technology, using a budget of 3.4 billion won by 2028, according to the DAPA. 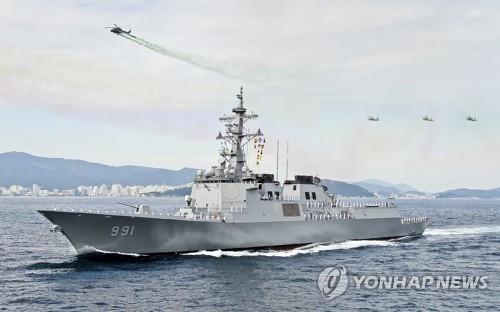