SEOUL, May 22 (Yonhap) -- Prosecutors on Wednesday sought an arrest warrant for Samsung BioLogics CEO Kim Tae-han as part of their probe into allegations of accounting fraud at the company.

Prosecutors have been looking into allegations that Samsung BioLogics intentionally broke accounting rules to inflate the value of its subsidiary, Samsung Bioepis, ahead of BioLogics' 2016 initial public offering.

The latest move came less than a week after prosecutors raided a task force office of the tech giant and Samsung BioLogics to search for accounting data and computer hard disks.

Earlier in the day, prosecutors said they have uncovered circumstantial evidence indicating that a Samsung Bioepis executive attempted to delete records of his telephone conversation with Samsung's heir apparent.

They were looking into suspicions that Lee Jae-yong, vice chairman of Samsung Electronics, had received reports over the phone from the executive about the Securities and Futures Commission's move to file a complaint against the Samsung bio companies over their accounting irregularities to the prosecution last year. 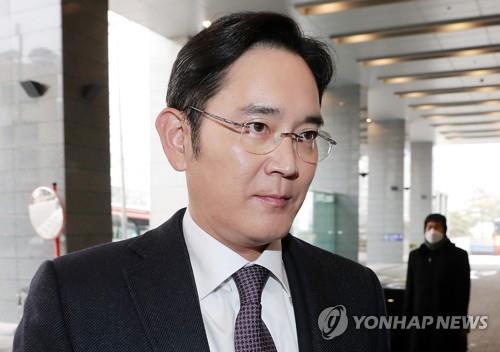 The Samsung Bioepis executive surnamed Yang, who was arrested and indicted last week on charges of manipulating and destroying evidence in the accounting scandal, was found to have ordered his subordinates to delete about 2,100 computer files, including those containing a summary of his phone conversation with Lee about the financial watchdog's move to file a complaint with the prosecution last July.

Prosecutors suspect that the title "vice chairman" found in the deleted files must refer to Lee.

Yang is accused of instructing tens of Samsung Bioepis employees to delete all words that could refer to Lee, like "JY" and "VIP," in documents and files from their mobile phones and notebooks last year.

Prosecutors suspect Yang may have acted on an order from Samsung Electronics' business support taskforce, which is believed to be functioning as Samsung Group's control tower.

In a related development, two executives of Samsung Electronics were arrested earlier this month on charges of trying to conceal and manipulate accounting documents and internal reports of Samsung BioLogics and Samsung Bioepis last summer.

Prosecution investigators found a computer server and tens of notebooks concealed under the floor of Samsung BioLogics plant in Incheon, west of Seoul, in a recent raid.

The nation's financial watchdog earlier estimated in its own inquiry that the alleged fraudulent accounting by Samsung BioLogics amounts to approximately 4.5 trillion won (US$3.9 billion). The then-loss making Samsung BioLogics reported sudden profits in 2015 after it changed the method used to calculate the valuation of its stake in Samsung Bioepis, a joint venture with U.S.-based Biogen Inc.

Civic groups claimed the alleged fraud was intended to enhance Lee's control of Samsung Group by seeking to inflate Cheil Industries Inc.'s stake in Samsung BioLogics ahead of Cheil's merger with Samsung C&T Corp. in 2015. Lee is the largest shareholder in Cheil Industries.

Lee, the de factor leader of the conglomerate, was released from prison in February last year after being locked up for nearly a year for apparently providing bribes to ousted former President Park Geun-hye's confidante.

Samsung BioLogics has claimed that the change of accounting methods was in line with international accounting standards. 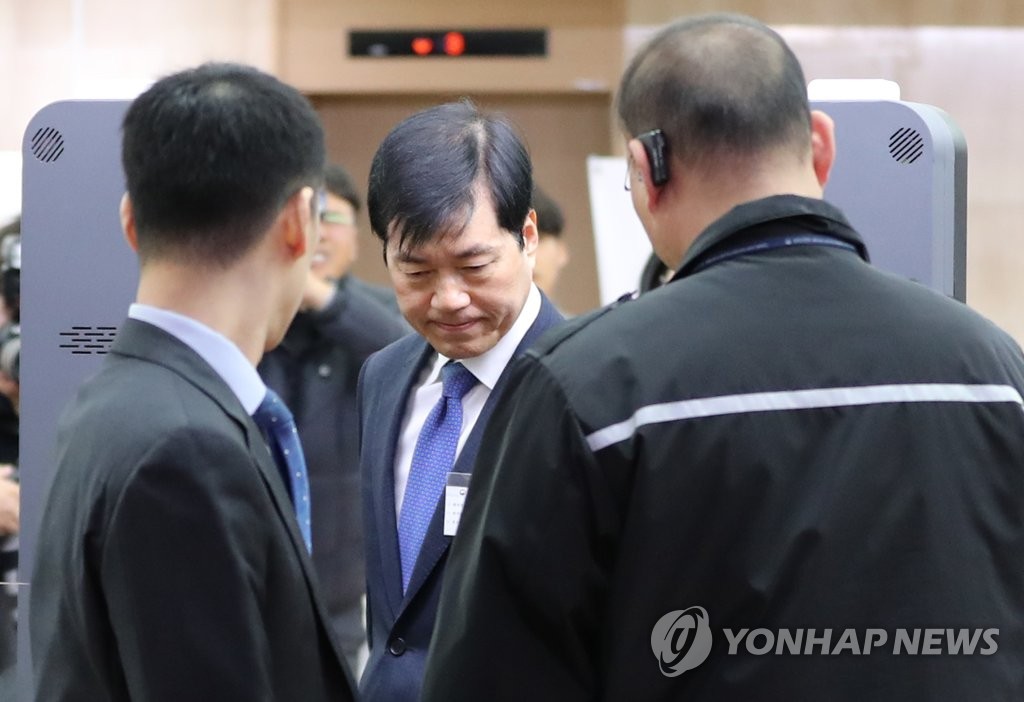