He arrived at Gimpo International Airport in western Seoul on a special Korean Air flight, wearing a jacket and sneakers. He waved to reporters but did not answer a question about whether he has any message for South Koreans.

Bush is scheduled to meet with President Moon Jae-in at Cheong Wa Dae on Thursday morning and head to Bongha Village in Gimhae, South Gyeongsang Province, 450 kilometers southeast of Seoul, where the anniversary event will start at 2 p.m. 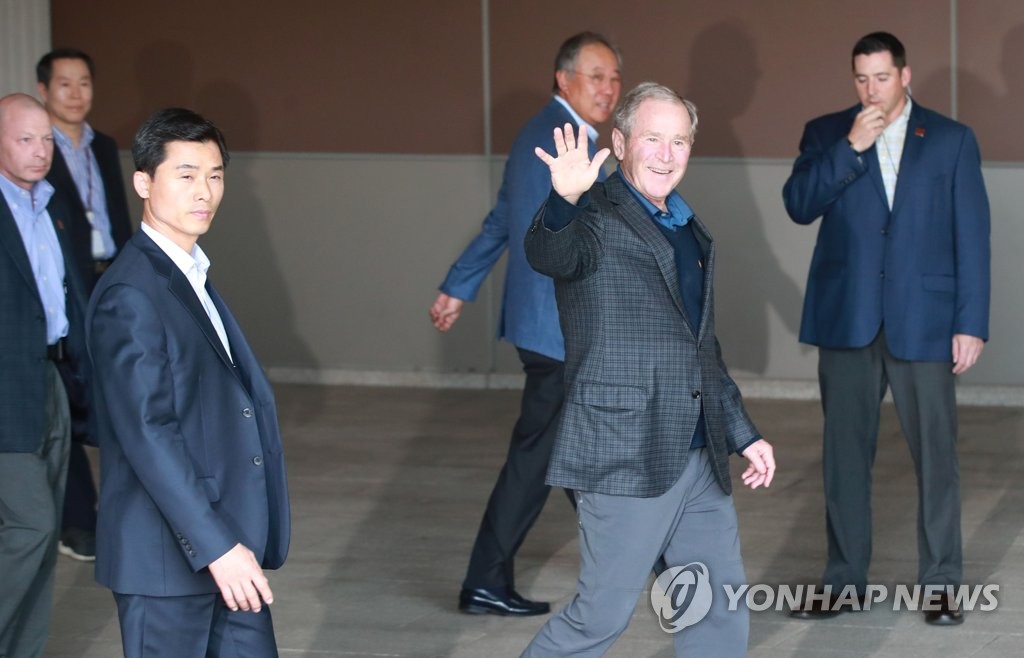 Following his retirement in early 2009, Bush made several trips to South Korea at the invitation of a local defense firm, Poongsan Corp., which is known to have close ties with the Bush family.

Bush expressed his intent to participate in the memorial service through the company, according to organizers.

He reportedly brought a portrait of Roh that he painted himself.