An unspecified amount of wheat, donated by Russia through the World Food Program, arrived in North Korea, the Korean Central News Agency reported in a one-sentence dispatch, without providing any further details.

In February, Russia said it was considering providing North Korea with 50,000 tons of wheat as humanitarian assistance at the request of Pyongyang, according Russia's Tass news agency.

North Korea has long suffered from chronic food shortages, and the situation appears to have worsened in recent years due to significantly tightened sanctions on Pyongyang over its nuclear and missile programs. 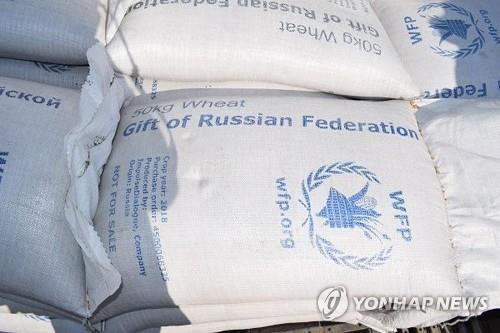