SEOUL, May 26 (Yonhap) -- The volume of short-term floating capital in South Korea grew to some 1,000 trillion won (US$841.8 billion), with investors being short of proper destinations to park their money amid a prolonged trade feud between Washington and Beijing and low interest rates, data showed Sunday.

The amount of cash and other short-term capital, including demand deposits, totaled 982.1 trillion won a the end of March, up 44 trillion won over the past four months, according to the data compiled by the Bank of Korea and the Korea Financial Investment Association.

The rise of idle capital also came as the local property market, once the best-performing asset class, showed signs of stabilization after the government implemented tougher lending curbs to cool housing prices.

Experts said investors are reluctant to bet their money as the benchmark KOSPI has remained lukewarm.

In an April policy rate-setting meeting, the central bank decided to hold the policy rate steady at 1.75 percent. It has been unmoved since the panel raised the rate by a quarter percentage point in November last year.

Also, grim economic outlook is one of reasons behind the increased idle money. The Bank of Korea cut its economic growth outlook for the year to 2.5 percent from 2.6 percent citing a sharper than expected drop in exports and facility investment. 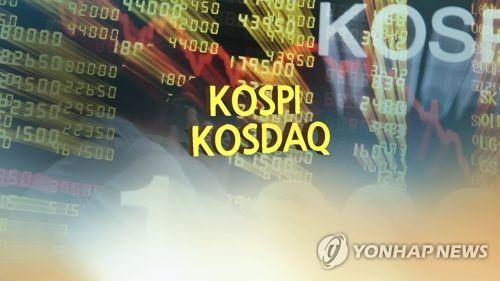 Despite repeated denials by high-ranking officials, speculation of a possible currency redenomination also has prompted some people to buy gold and the U.S. dollar.

Cho Young-moo, a senior economist at the LG Economic Research Institute, said the floating capital has grown as investors remained anxious about the stock markets and rumors of a currency redenomination.

"In addition, short-term floating capital is building up due to lower interest rates," Cho said.

Sales of gold bars by the nation's four major commercial banks rose to 10.7 billion won as of Wednesday as investors sought safer heavens.

Some experts warned investors against reacting to rumors of a currency denomination.

Seo Sang-won, a senior official at Woori Bank's asset management and consulting center, said, "A currency reform needs significant time. So, buying gold and dollars is like an act of following others blindly."

Redenomination refers to adjusting the nominal value of a currency. Currently, the Korean won is higher than other currencies in terms of face value. South Korea's highest denomination bill is 50,000 won, which is worth US$42.

Last week, Hong Nam-ki, the country's chief economic policymaker, said the government has no plans for a redenomination in the latest move to send a clear message against speculation.

Bank of Korea Gov. Lee Ju-yeol also dismissed reports of a possible currency redenomination, saying the bank has neither reviewed the possibility nor has any plans to push for such a move.