Trump also said that though some of his advisors think the North's recent missile launches could have violated U.N. sanctions, he views them "differently" in a sign of his desire to keep diplomatic engagement with Pyongyang alive.

"We continue to hope that Chairman Kim seizes the opportunity to transform his country through denuclearization. It is a country with tremendous economic and other potentials," the president said during a joint press conference with Japanese Prime Minister Shinzo Abe following their summit in Tokyo. 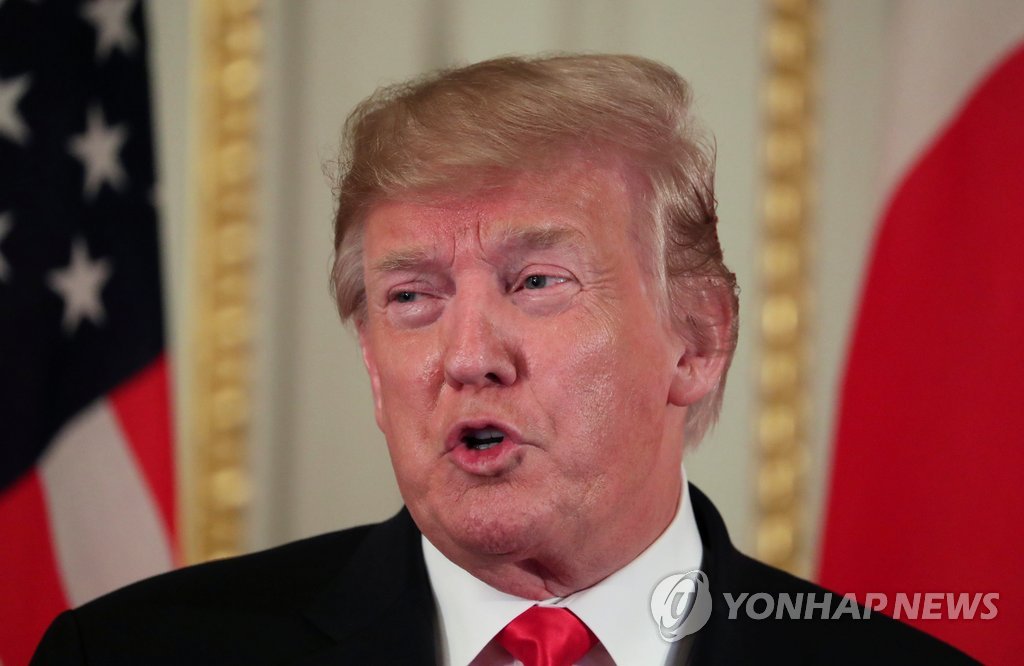 "He is very much into the fact that he believes like I do that North Korea has a tremendous economic potential like perhaps few other developing nations anywhere in the world," Trump pointed out.

"I think he is looking to develop that. He knows with nuclear ... that is never going to happen. Only bad can happen. He understands that. He is a very smart man. ... He gets it well," he added.

Asked about how he would define Pyongyang's breach of U.N. sanctions banning its use of ballistic missile technology, Trump highlighted that during his diplomacy with Kim, there had been no nuclear and long-range missile tests.

"Very importantly, there has been no nuclear testing for two years. I looked at the chart the other day. During the past administrations, there were many numbers that were very high, like 10, 12 and 18, having to do with missile launches and nuclear testing," he said.

"For the last two years, at the bottom it had zero and zero. So I am very happy the way it's going and intelligence people agree with it," he added.

On May 4 and 9, the North launched a fusillade of projectiles, including short-range missiles, in a show of its growing frustration over the deadlocked negotiations with the U.S.

But the launches stopped short of breaking the North's self-imposed moratorium on nuclear and long-range missile tests in an apparent indication that it does not want to jeopardize diplomacy with the U.S.

The nuclear talks have hit an impasse since the second summit between Trump and Kim in Hanoi in February ended without a deal due to gaps over the scope of Pyongyang's denuclearization and Washington's sanctions relief.

Trump reiterated that he is "in no rush at all" when it comes to negotiations with the North.

"I think he is going to try at some point -- I am in no rush at all. Sanctions remain. We have our hostages back. We, as you know, (are) continuing to get the remains (of fallen U.S troops). A lot of good things are happening," he said.

In addition, Trump noted that he and Abe continue close consultations in pursuit of peace and stability on the peninsula.

"The essence of our approach is peace through strength and this is a strong alliance, and the U.S.-Japan alliance is steadfast and ironclad," he said.

The American president also underscored that the U.S. remains committed to addressing the issue of Japanese nationals abducted by the North decades ago. Earlier in the day, he met some families of the abductees.

"I met for the second time with a group of Japanese families who have suffered the unthinkable heartbreak of having their loved ones abducted by North Korea," he said. "The U.S. will continue to support Japanese efforts to bring these abductees home."

Abe renewed his desire to meet Kim face to face to address the abduction issue.

"The most important thing is the solution of the abduction issue," Abe said. "It means I am resolved that I have to see Chairman Kim directly face to face without attaching any conditions. ... I must have discussions in complete candor."