BUSAN, June 14 (Yonhap) -- The second-largest South Korean city of Busan is bustling with excitement and preparations Friday as tens of thousands of fans are set to visit the city to see K-pop world stars BTS over the weekend.

The septet will arrive in Busan on Saturday to throw the Busan leg of the band's "5th Muster [Magic Shop]" fan meeting/concert events at Busan Asiad Auxiliary Stadium on Saturday and Sunday.

City officials expect the concerts will bring in about 45,000 ticket holders or more to the southern port city, with some 10 percent of them from outside of Korea. 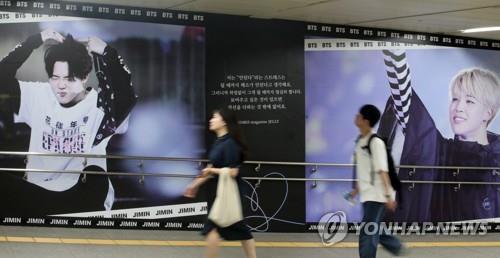 The Busan Tourism Organization put together retrospective tour courses that walk fans through the Busan neighborhoods where Jimin and Jungkook spent their childhood and attended elementary school.

Information on the tour courses is available on the Naver blog of the Busan Tourism Organization.

The city will also operate a special souvenir shop in front of the concert venue, merchandise featuring seagulls, a nickname of Jungkook and an animal symbolizing Busan, as well as mochi, Jimin's nickname.

"We prepared a selection of Busan's local specialties that are related with BTS," the organization said.

Local communities and the BTS fandom "ARMY" also draped the city with banners and posters celebrating BTS' arrival, including a set of three banners to be installed in Busan's Geumsahoedong-dong district, where Jimin spent his youth.

The city has been also adorning the major Busan landmarks like Gwangan Bridge and the Busan Cinema Center with lights of BTS' signature color, violet, in celebration of the events. 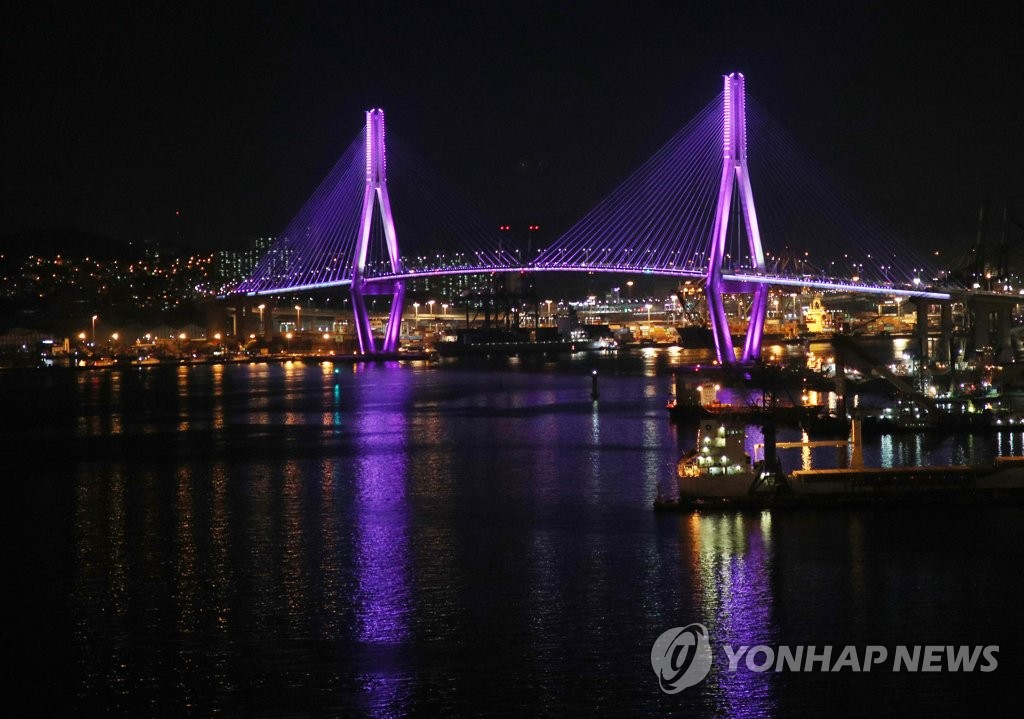 The police are planning to dispatch six companies of police forces and an army of traffic police officers across the city over the weekend to help maintain order around the concert venue.

As the event draws keen attention, tickets for standing room are reportedly being traded at nearly 1 million won (US$844), about 10 times more expensive that the original ticket price, as of Friday.

Following the weekend, the band is moving to the capital to throw the Seoul leg of the "5th Muster [Magic Shop]" tour in the Olympic Gymnastics Arena on June 22-23. 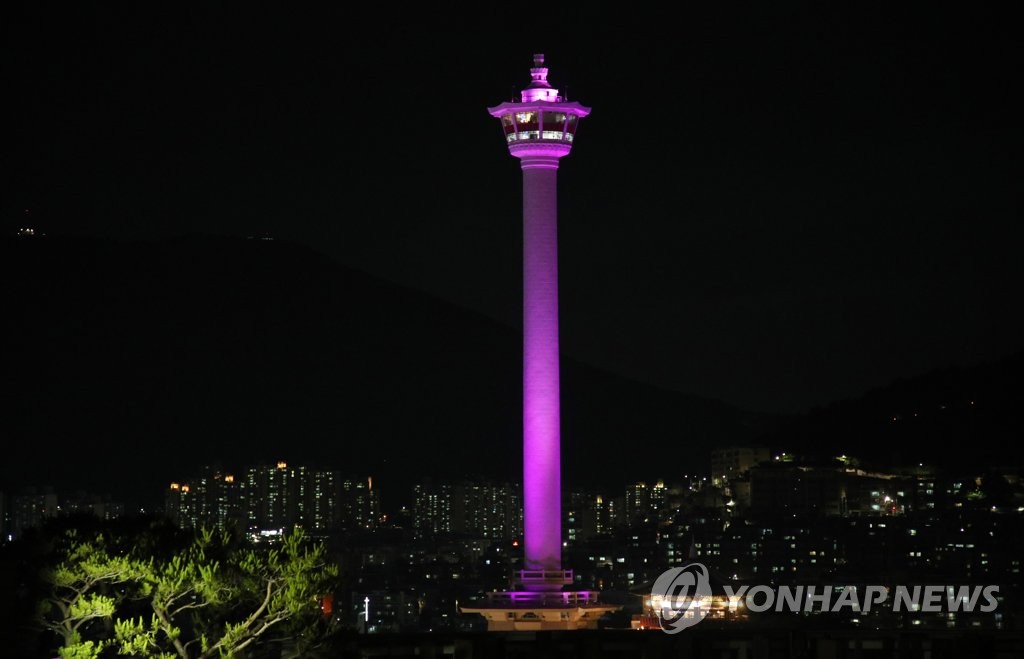