INCHEON, June 17 (Yonhap) -- South Korean players and coaches got a rousing welcome home Monday after their runner-up finish at the FIFA U-20 World Cup in Poland over the weekend.

Coached by Chung Jung-yong, the young Taeguk Warriors recorded the country's best finish at any FIFA men's tournament. No South Korean men's team had reached the final at any FIFA competition before last Saturday, when Chung's squad lost to Ukraine 3-1 in the championship match at Lodz Stadium in Lodz. 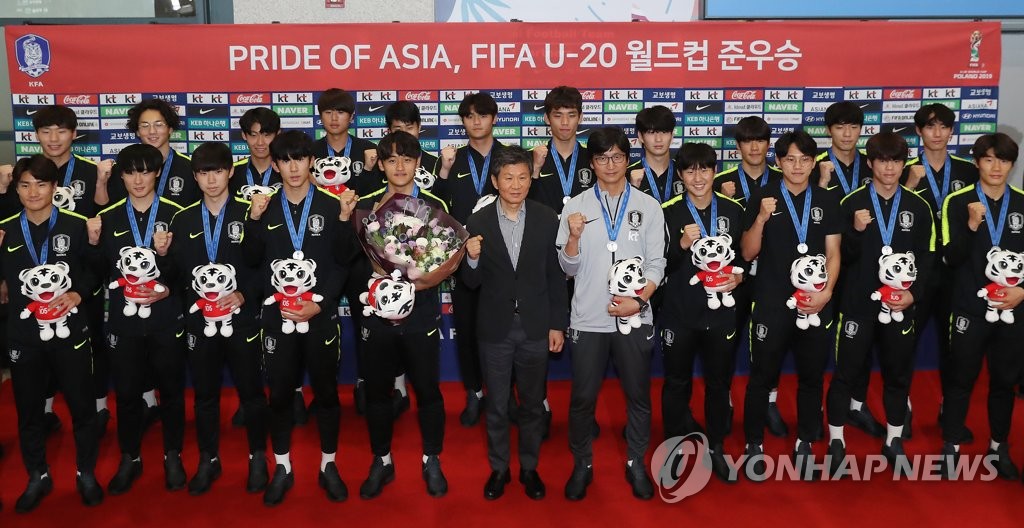 Despite the crushing loss, the players and coaches were greeted by hundreds of cheering fans when they arrived at Incheon International Airport, west of Seoul, early Monday.

Against all odds, South Korea survived a tough Group F that included pre-tournament favorites Portugal and Argentina. They then knocked off Japan, Senegal and Ecuador in succession in the knockout round to reach the final.

Midfielder Lee Kang-in, named the Golden Ball winner as the tournament's best player, opened the scoring on a penalty in just the fifth minute. But Ukraine responded with three consecutive goals to deny South Korea their first FIFA men's title.

South Korea's only FIFA championship came at the 2010 U-17 Women's World Cup.

South Korea's unlikely run to the final galvanized the football-crazed country always hungry for a new generation of stars. The final kicked off at 1 a.m. Sunday (Korean time), and tens of thousands of fans across the nation took to streets, public squares and football stadiums for watch parties.

Though the young players couldn't deliver the title-clinching victory for fans back home, they were still lauded for their valiant effort.

Chung and his team will attend a special welcome ceremony at Seoul Plaza, in front of Seoul City Hall, starting at noon Monday. 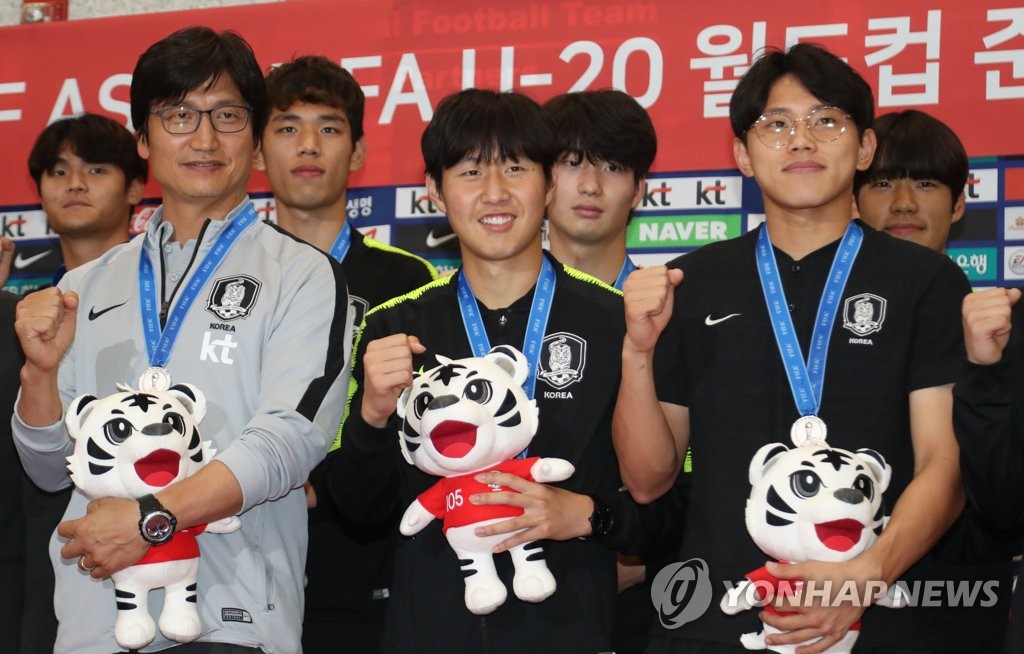