(ATTN: UPDATES with GDP forecast by Goldman Sachs in paras 14-15)

The latest forecast, contained in its global economic outlook report posted on its website Monday, represented a sharp downward revision from its previous forecast of 2.5 percent in February. Fitch said the South Korean economy would grow 2.6 percent in both 2020 and 2021.

The South Korean economy expanded 2.7 percent in 2018, down from a solid 3.1 percent the previous year.

Fitch blamed slowing exports and sluggish investment for its downward revision.
South Korea's exports fell 9.4 percent on-year to US$45.9 billion in May due mainly to a fall in chip prices and the weak Chinese economy. It was the sixth consecutive month that outbound shipments had declined.

"Korean exports have been under pressure since the second half of 2018, affected by the slowdown in China and rising trade frictions, which exacerbated the cyclical downturn in the memory chip sector," Fitch said.

Fitch said sharp increases in the minimum wage over the past two years have hurt business sentiment and weighed on margins, while firms have cut back capital expenditure sharply.

Critics claim the minimum wage hikes have increased the burdens on businesses, especially microbusiness owners and the self-employed.

Fitch said it expects South Korea's GDP growth to pick up pace to 2.6 percent in both 2020 and 2021, adding that growth should recover from the second half of the year, helped by the rollout of new fiscal measures to spur domestic demand and support job creation.

Earlier this month, Bank of Korea Gov. Lee Ju-yeol stressed the need for "appropriate measures" to deal with changes in economic conditions, a comment widely seen as hinting at a potential rate cut.

In May, the central bank left the policy rate unchanged at 1.75 percent.

Global investment bank Goldman Sachs also revised down its growth outlook for South Korea's economy this year to 2.1 percent from its previous forecast of 2.3 percent.

Goldman Sachs said the BOK could slash interest rates by 0.25 percent in the fourth quarter, followed by another cut in the middle of next year.

Lee made the comment in a meeting with officials on how to boost South Korea's global competitiveness.

In May, the International Institute for Management Development (IMD) said in its annual report that South Korea ranked 28th in terms of world competitiveness among 63 countries surveyed, down from 27th the previous year.

The IMD is a Switzerland-based organization that releases annual competitiveness rankings based on a country's economic achievements, infrastructure, and government and corporate efficiency. 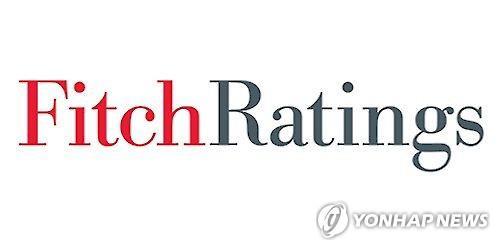