SEOUL, June 22 (Yonhap) -- Major landmarks in Seoul were illuminated in violet, the signature color of sensational K-pop band BTS, on Saturday as the band held its fan meeting and concerts in the capital in a festive mood.

The septet held the Seoul leg of its "5th Muster [Magic Shop]" fan meeting and concert tour in the Olympic Gymnastics Arena of Olympic Park in southeastern Seoul. The celebration will be also held on Sunday.

The concert for BTS fans, known as ARMY, was scheduled for 7 p.m., but fans began to show up at the park from early in the morning, with some wearing purple shirts.

In front of the entrance of a nearby station, a marketplace was set up to trade goods that BTS fans voluntarily made, including photo cards, slogans, badges and handheld fans. 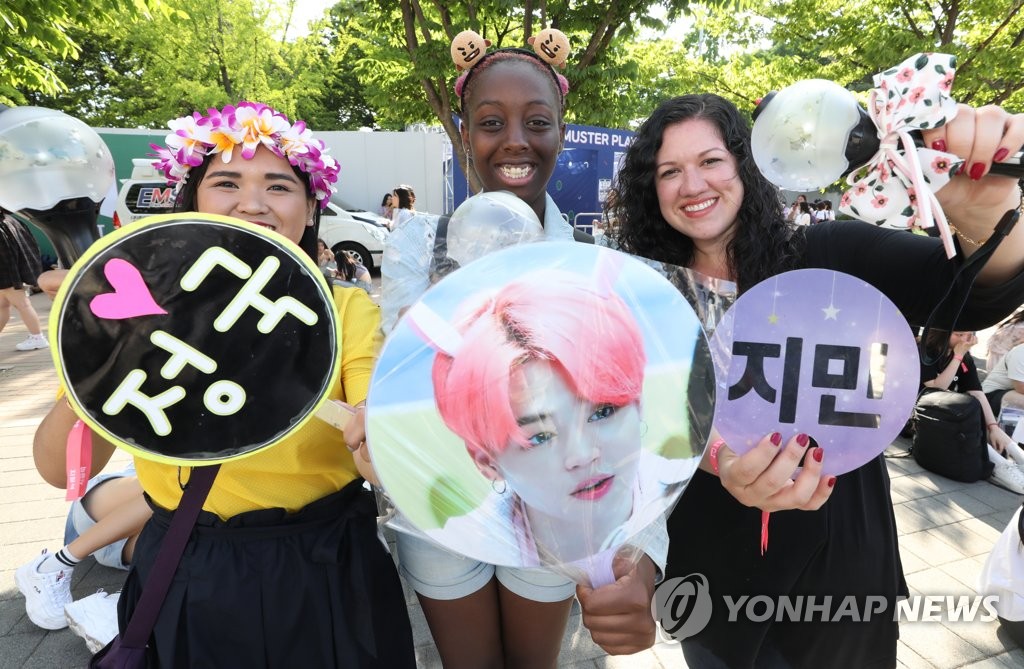 "It is hard to buy BTS' official goods as they sell like hotcakes. So that's why I am buying goods that BTS fans have made," an 18-year-old girl, who only gave her surname Choi, said.

In the midst of the fan meeting at sunset, landmarks in Seoul, including the city's most prominent edifices -- N Seoul Tower in central Seoul and Lotte World Tower in southeastern Seoul -- began to be lit up in purple.

BTS fans at Olympic Park took pictures against the background of Lotte World Tower, with some waving glow-in-the-dark sticks called "Army Bombs" in their hands.

Last weekend, the band dazzled a total of 45,000 fans on the Busan leg of "Magic Shop."

Like the Busan concert, officials from Big Hit Entertainment, the management agency of BTS, proceeded with tighter identification checks for the Seoul meeting. 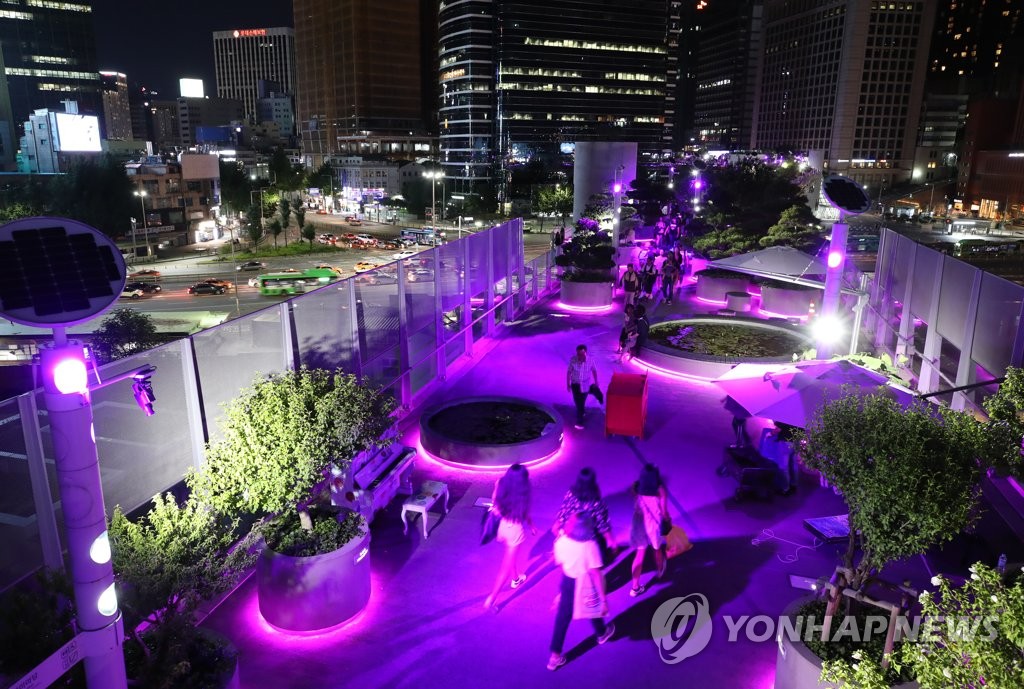