SEOUL, July 11 (Yonhap) -- No manufacturer wants to see problems with their products, but for Seong An Save Co. President Kim Sang-woo, defective goods go beyond being a simple problem to be fixed later.

Kim defines any defect in his company's products as an "act of killing." His assertion sounds plausible as the company is at the forefront in protecting workers at construction sites and factories -- it manufactures safety helmets.

"It's the motto that drives our business to this day." Kim said in a recent interview with Yonhap News Agency. "There's no secret to our business. We just stick to the basics."

Founded in 1969, Seong An Save has been the top player in the domestic protective head gear market for decades. The Busan-based company was the first South Korean firm to earn the nation's industrial standards certification -- known as KS certification -- in the safety helmet sector, as well as other International Organization for Standardization (ISO) certifications.

Seong An Save's products are sold under the brand "Sseda," which is Korean for "strong." Kim decided to introduce the brand so that customers could easily relate to its products.

"It may not sound stylish, but it's easy to pronounce and very recognizable," he said. "Foreign buyers also love our brand when they learn the meaning behind it. After all, it gives impression that our products are reliable."

With competition getting fierce in the domestic market, Kim said the company is now on the lookout for new opportunities outside of home turf.

"We want to see half of our annual sales coming from overseas over the next 10 years," he said. "There are global players in this market, mostly from the U.S. and Europe, but our products are very cost effective. We are confident that we can meet customers' needs." 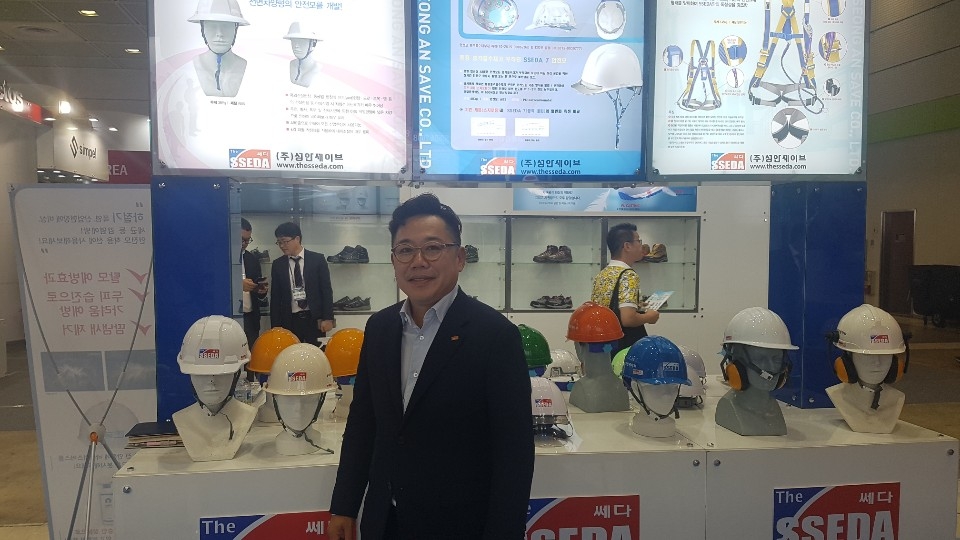 Seong An Save has so far earned 30 overseas certifications, but revenue from foreign markets only accounts for about 10 percent of the company's annual sales, according to Kim. Last year, the company posted 7 billion won (US$6 million) in sales.

Kim said his company will start expanding its global presence from the Southeast Asian market.

"Our products have a good reputation in Thailand and Vietnam," he said. "Already, copies of our products are sold in Vietnam, but quality-wise, they can't match our product "

To promote its brand, Seong An Save has been a sponsor of local mixed martial arts (MMA) fighters since 2005. This marketing strategy turned out to be a success as South Korean fighters like Jung Chan-sung, better known by his nickname "Korean Zombie," started to gain popularity in recent years and have competed at the Ultimate Fighting Championship (UFC) with the Sseda logo on their shorts.

"It really helped us since many people started to recognize our brand as our sponsored fighters appeared on the global stage," he said. "The fighters work hard and their strong image can relate to what we do in the safety gear market." 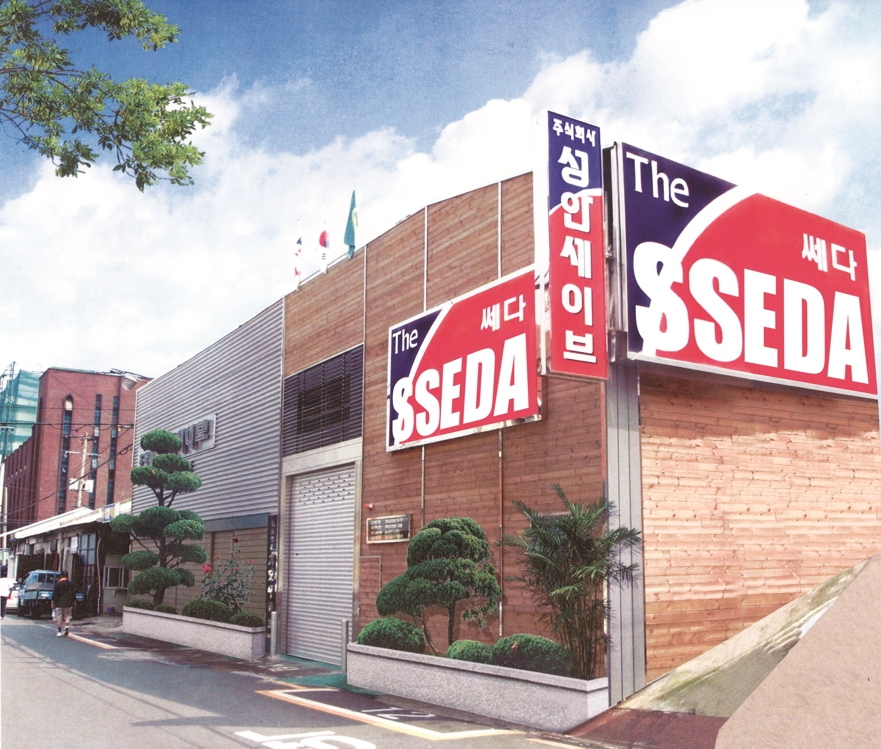 Industry insiders estimate that around 20,000 protective hard hats are used every day in South Korea. Although they're not a single-use disposable product, safety helmets have a relatively short lifetime, usually up to one year, according to Kim.

"What we can do at this moment is change the design and upgrade functions of the helmet, such as by adding cooling and antibacterial features," he said. "But I believe this industry can make big progress with materials that can perform better than existing plastics."

Seong An Save has received many accolades for occupational safety and health with its products, but Kim lamented that not many industrial workers know there are various models of protective hats. The company has 20 hard hat model, with prices ranging from 7,000 won to 70,000 won depending on features.

"It's pity because construction companies here choose helmets for their workers, and usually, price is the crucial factor for them instead of helmet features," Kim said. "But those who work in an office can't really know what on-site workers really need. When I see construction workers say they didn't know helmets with various designs and functions existed, it makes me sad."