SEOUL, July 15 (Yonhap) –– One of the most exciting moments for expectant parents is the first time they see their unborn child on an ultrasound. Alethio Inc., an AI-based image conversion startup, is ready to enhance this experience, by helping parents get 'face time' with their baby, its chief says.

To make this special moment possible, Alethio utilizes a cluster of AI algorithms that convert a three-dimensional ultrasound image of an unborn baby into a projected image of the baby in the future. The AI produces the most accurate projection of the baby's face, according to CEO Tony Kim.

"What we aim is to provide the mother with a precious moment so that she can have a happier prenatal experience," Kim told Yonhap News Agency at the company's office in southern Seoul. "We use the cutting-edge technology to satisfy the parents' curiosity (about their baby's appearance) so that they can peek into the future."

Kim -- a former researcher at Samsung SDS Co, the IT service subsidiary of Samsung Electronics Co. -- set up the company in 2016 by using a relatively new type of machine learning technology called Generative Adversarial Networks, or GAN.

GAN algorithms can read and extract necessary characteristics from prenatal ultrasound images and create an estimation of the baby's face, which sets it apart from other deep learning algorithms that are applied to current facial recognition technology.

"What makes this algorithm different is that an AI can create images by itself," the 34-year-old entrepreneur said. "We are the first in the world to actually commercialize the GAN algorithm."

After more than a year of testing the process to find the most successful model and learning method, the startup kicked off commercial service, providing a picture for the price of 33,000 won (US$28) in South Korea.

The service, dubbed Baby Face, can be applied using a three-dimensional ultrasound image of a baby older than seven months and is available within 24 hours, Alethio said.

"Fetal ultrasound images in many cases do not show the entire face clearly, as parts of the face can be hidden by the baby's arm or hand," Kim said. The core part of Alethio's AI -- which gets smarter and more accurate through machine training -- is to restore the hidden part of the face, he said.

Naver has supported promising entrepreneurs with advanced technological skills since 2015. Only some 20 startups, including Alethio, were fortunate enough to qualify for the accelerator program out of more than 2,000 applicants.

"It is very difficult for a local technology startup to get funding as it usually takes a long time to produce fruitful results," Kim said. "Recently, we were able to receive additional funding from an undisclosed venture capital firm as we plan to tap deeper into the global market."

Alethio said it is on the lookout for a bigger chunk of the promising Chinese market as South Korea has in recent years been battling with the plummeting birthrate.

Data showed that the number of newborns in the country came to 320,000 in 2018, with the number possibly falling below the 300,000-level before 2022 if the current low birthrate continues.

Alethio said its sales have grown at an average of 50 percent annually and the company aims to bring in 2 billion won next year in the domestic market, with a goal set at 5 billion won in the Chinese market.

"The goal can be reached when we just aim for 1 percent of the Chinese market," the CEO said, adding that he is confident of success as the service is unique.

Alethio's uphill battle is not to compete against other rivals but to fight against a misconception that the AI-generated image is similar to conventional photo collage that provides parent-baby face blending, Kim said.

"A conventional baby photo generator using facial recognition technology is closer to mere blending technology," Kim said. "I believe that our unique technology can lead to numerous other services in the near future." 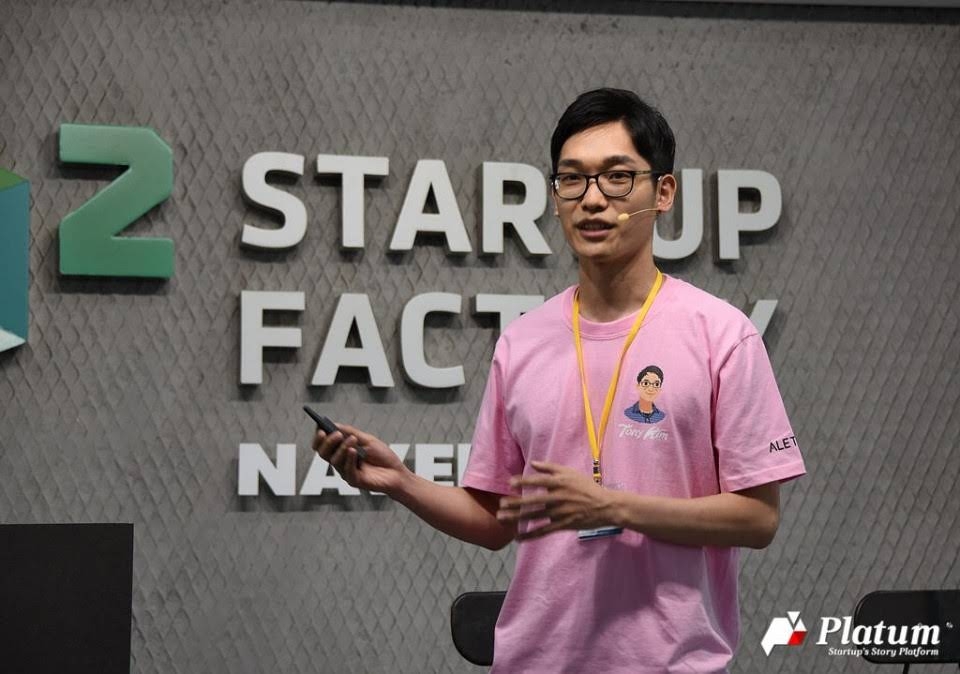