With an Unpacked event slated for Aug. 7 in New York, Samsung plans to accept pre-orders for the Galaxy Note 10 two days later, ahead of its official launch in the domestic market on Aug. 23, according to local mobile carriers.

The device will only support 5G in South Korea, while both 4G and 5G models will be available for the global market, they noted.

The company last week unveiled an image of the Galaxy Note 10's S Pen and a close-up of a camera opening, hinting at an all-screen design for the new device. 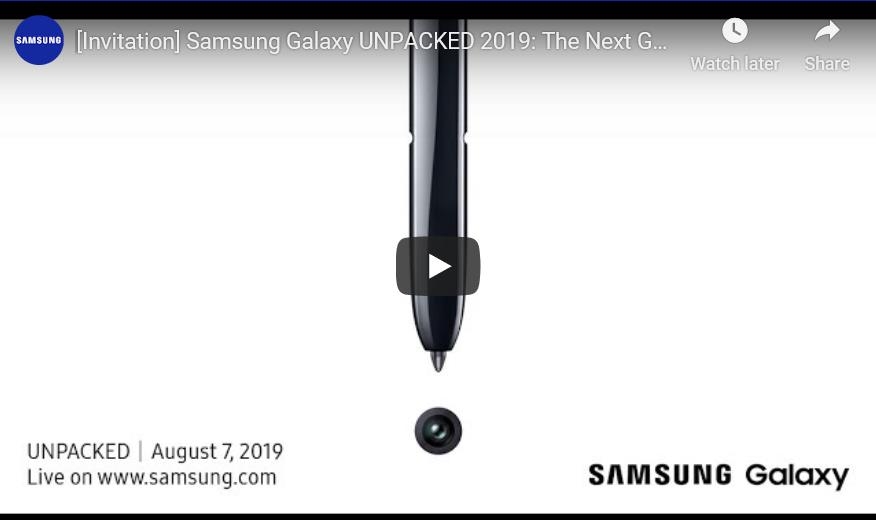