"(I) explained well about the unfairness of Japan's measure," he told reporters upon arriving at Incheon International Airport, west of Seoul. "With no exception, U.S. figures sympathized with that."

They understood Seoul's concern about the impact to regional security, Kim said, as he pointed out trilateral cooperation among the three nations shouldn't be impaired and the possibility of an effect on the American semiconductor market. 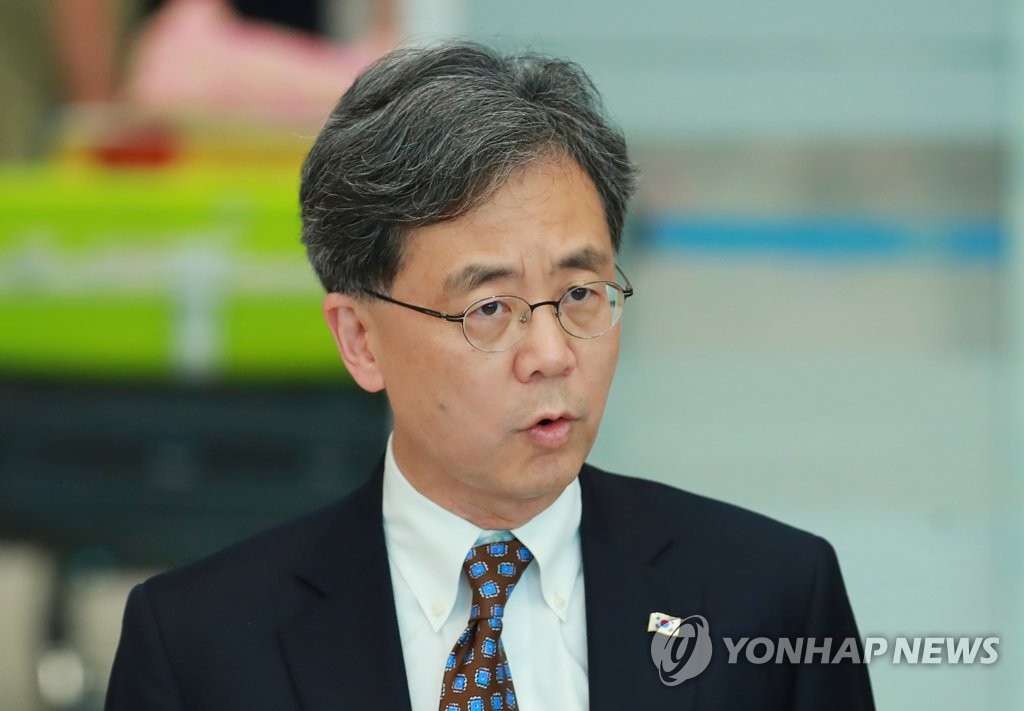 Kim hurriedly headed to the U.S. after tensions between Seoul and Tokyo spiked as Japan toughened restrictions on exports to South Korea of key industrial materials used in semiconductors and displays in an apparent retaliatory measure in a separate row over Japan's wartime forced labor.

Japan has since raised suspicions that South Korea might have been negligent in the management of some dual-use items affected by United Nations resolutions against North Korea.

Regarding the matter, Kim said he "confirmed" that U.S. officials have the "same assessment" as that of South Korea.

He added that the U.S. has not formally asked South Korea to dispatch troops to the Strait of Hormuz. 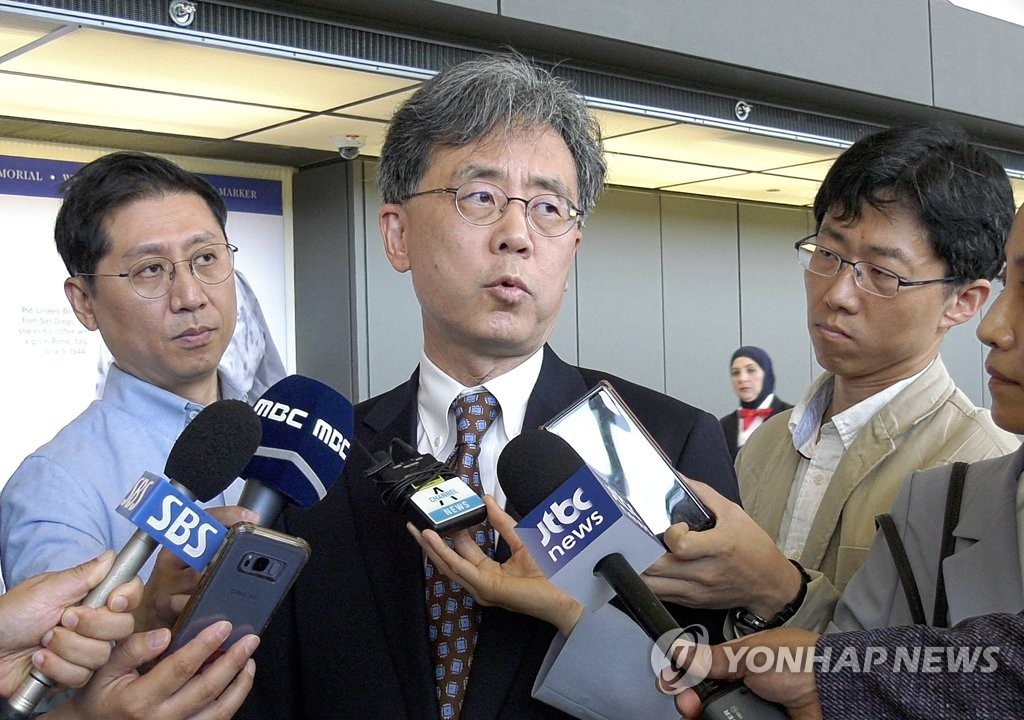 Leaving the U.S. capital, Kim also said, "I met with people in the U.S. administration, Congress and think tanks and explained the unfairness of Japan's unilateral measure and the effects of this unfair measure on the security situation among the South, the U.S. and Japan."

"All the people I've met shared the understanding about the concerns over tensions between the South and Japan caused by this unilateral measure," he told reporters at Washington's Dulles International Airport. "That's why the State Department said it's going to do everything it can to maintain cooperation among the South, the U.S. and Japan."

Kim said, however, that U.S. officials have not talked explicitly about "mediation."

"I believe that the U.S. is going to do what it has to do if it considers cooperation among the South, the U.S. and Japan important," he said.

Japan has protested the rulings, arguing that all reparation issues stemming from its 1910-45 colonization of the peninsula were settled under a 1965 government-to-government accord aimed at normalizing bilateral ties.

South Korea has refused to intercede in the civil litigation, saying it honors the democratic constitutional principle that guarantees the separation of the executive, legislative and judicial powers.

In an apparent effort to mediate between the two allies, the United States has offered high-level trilateral talks with the South and Japan to discuss the issue, but Japan has spurned the offer, citing scheduling problems, diplomatic sources said.

Sources said that the U.S. was greatly disappointed at the Japanese attitude.

"The U.S. also sees a problem with Japan even refusing a dialogue offer," a source said.

Schools to reopen to more pupils amid nagging concern over virus