GWANGJU, July 14 (Yonhap) -- There doesn't seem to be any unwritten rule in international water polo about not running up the score in one-sided affairs.

In sports such as hockey or football, it's considered disrespectful to keep scoring goals against a clearly overmatched opponent. But in a women's water polo match at the FINA World Championships on Sunday against South Korea, Hungary put up a whopping 64 goals in a shutout victory. 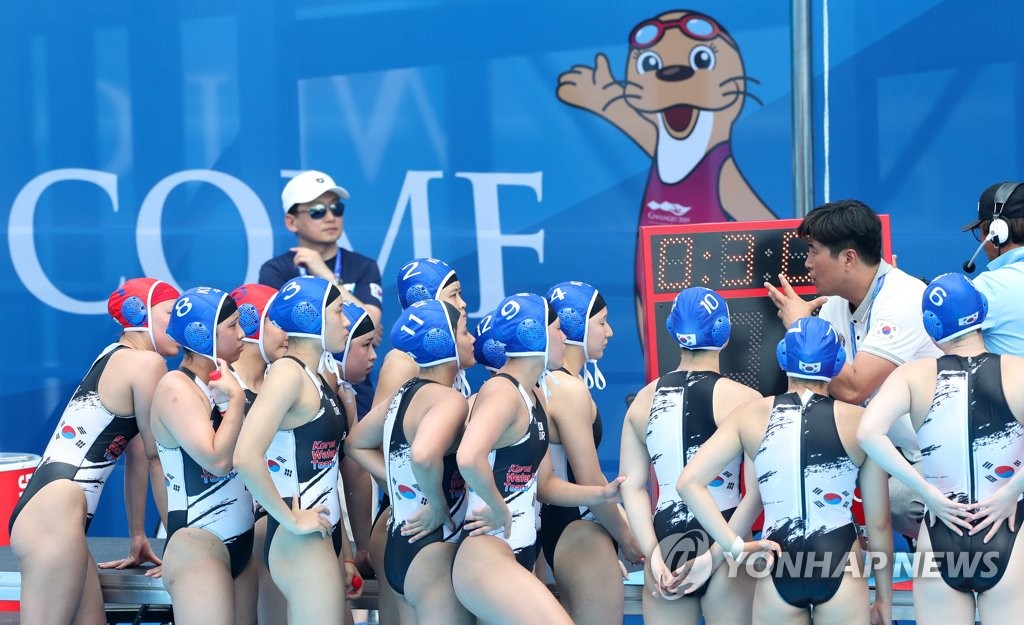 Every goal counts for medal hopefuls like Hungary, since goal difference is a key tiebreaker in the group stage, and facing South Korea, which only received its world championships spot as the host nation, presented a perfect opportunity to pad the goal total.

Attila Biro, the Hungarian head coach, said the game "was absolutely easy," and it served as a good warmup for his side, which will next face far tougher opponents in Canada and Russia later in the preliminary round.

"I told (my players) to play it easy and not too hard," Biro told Yonhap News Agency after the game at Nambu University Water Polo Competition Venue in Gwangju, 330 kilometers south of Seoul. "But the Korean opponents weren't so hard. I couldn't tell my players, 'Don't score.'"

When informed of these words, South Korean head coach Jin Man-keun said he wanted to thank the Hungarian players for doing their best.

"If those players had let up, the margin would have been smaller but that wouldn't have been a real game," Jin said. "I am grateful to these world class players for putting in their best effort."

South Korea had never previously had a women's water polo team. The national team trials were held in late May, with 13 former swimmers selected, and the training camp opened on June 2, barely a month before the start of the FINA championships.

Jin's players said afterward that they weren't concerned about the final score and were pleased with their effort. The coach said he was proud of his players for their resilience.

"In a typical game, you swim for about 1,600 meters, and most of our players were short-distance swimmers before," Jin said. "But they never gave up, and they didn't get down on themselves afterward. These players are determined to find the back of the net in the next game." 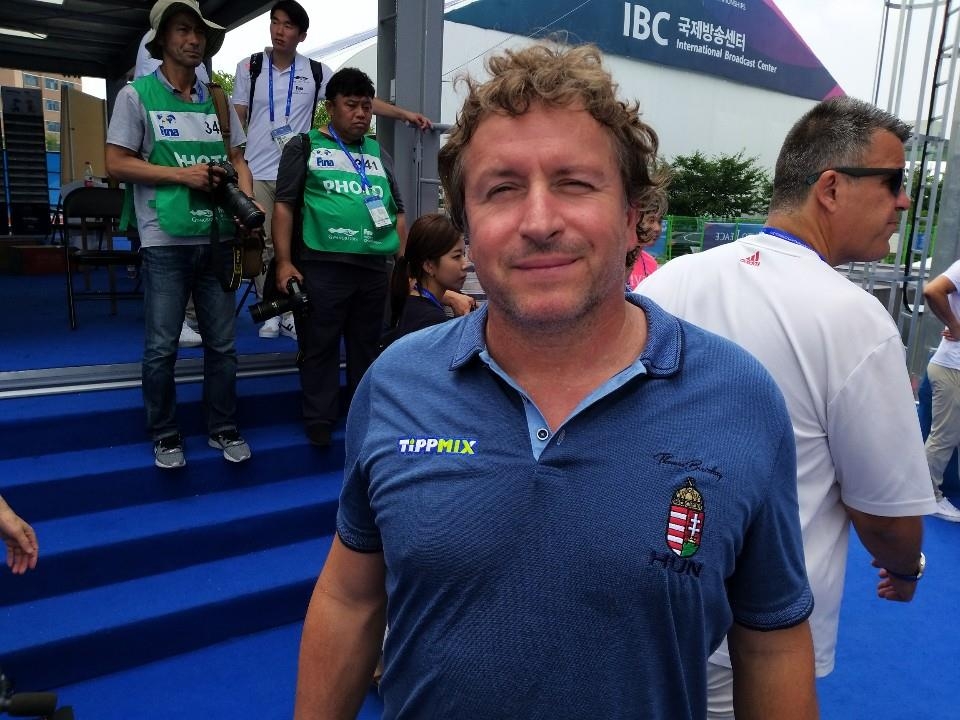