SEOUL, July 14 (Yonhap) -- President Moon Jae-in offered a public apology Sunday for an apparent failure to keep his campaign pledge to raise South Korea's minimum wage to 10,000 won (US$8.48) per hour by 2020.

Moon delivered the message through his chief of staff for policy, Kim Sang-jo.

"As the president, it's very regrettable and I am sorry for failing to keep the promise with the people," Moon was quoted as saying. 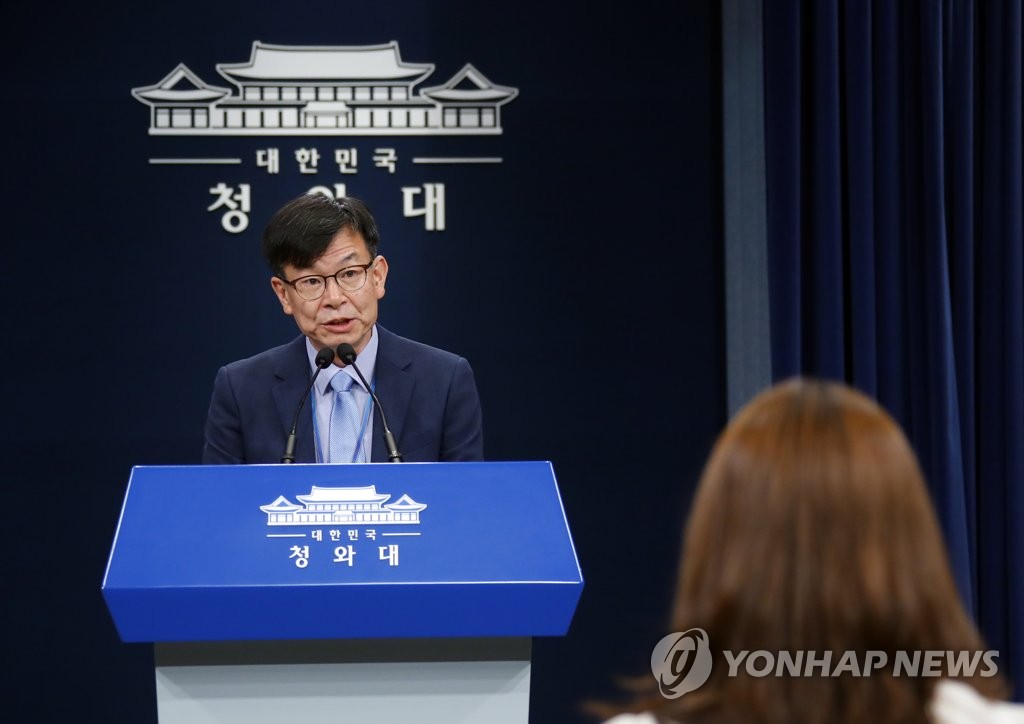 Last week, a related panel of labor and business representatives and experts voted to raise the wage floor 2.9 percent to 8,590 won for next year. For 2019, it hiked the wage 10.9 percent from the previous year.

The growth rate, the lowest in a decade, means it has become almost impossible for Moon to achieve his policy goal of lifting the minimum wage to 10,000 won by the target year.

In a press briefing, Kim cited Moon as saying it has become impossible to attain the goal "within the three years."

Cheong Wa Dae spokesperson Ko Min-jung told reporters separately later that Moon was referring to the three years since he took office in May 2017, not the coming years until his term ends.

In a meeting with his Cheong Wa Dae aides, Moon said the Minimum Wage Commission made the difficult decision in consideration of "economic conditions, employment situations and market receptiveness," according to Kim.

Moon earlier signaled some flexibility in his approach toward the sensitive issue, stating that the government does not need to stick to his campaign pledge amid unrelenting economic troubles.

Under Moon's liberal administration, the country's minimum wage had ascended at a relatively steep pace as part of its income-driven growth strategy, the effects of which are still controversial. The government has focused efforts on narrowing income disparity.

It led to more of a burden for employers, especially owners of small businesses such as restaurants, cafes and shops.

Kim, formerly chairman of the Fair Trade Commission, said it's "heartbreaking" that the minimum wage issue has become a factor in social conflicts and a source of political wrangling.

He stressed, however, that the government is not abandoning the income-led growth policy itself.

"(We) will make our utmost efforts for income-led growth to create a virtuous cycle along with innovative growth and a fair economy," he said.

He said the minimum wage is only an element in a package of various policy means in the income-led growth strategy, which aims to increase cash gains by workers, lower living costs and expand the social safety net.

"I hope the minimum wage decision this time will serve as a chance to dispel misunderstanding and prejudice (on income-led growth) prevalent in our society," he said.

On ways to compensate for the low hike, a Cheong Wa Dae official pointed out that the government is working draw up next year's budget plan and revise the tax code.