On Saturday and Sunday, the Korean septet rocked Shizuoka's 50,000-seat ECOPA stadium in the second Japanese city of their world tour "Love Yourself: Speak Yourself."

This was in addition to the band's concerts at the 47,000-seat Yanmar Stadium Nagai in Osaka the previous weekend, the first stop on the tour's Japanese leg. 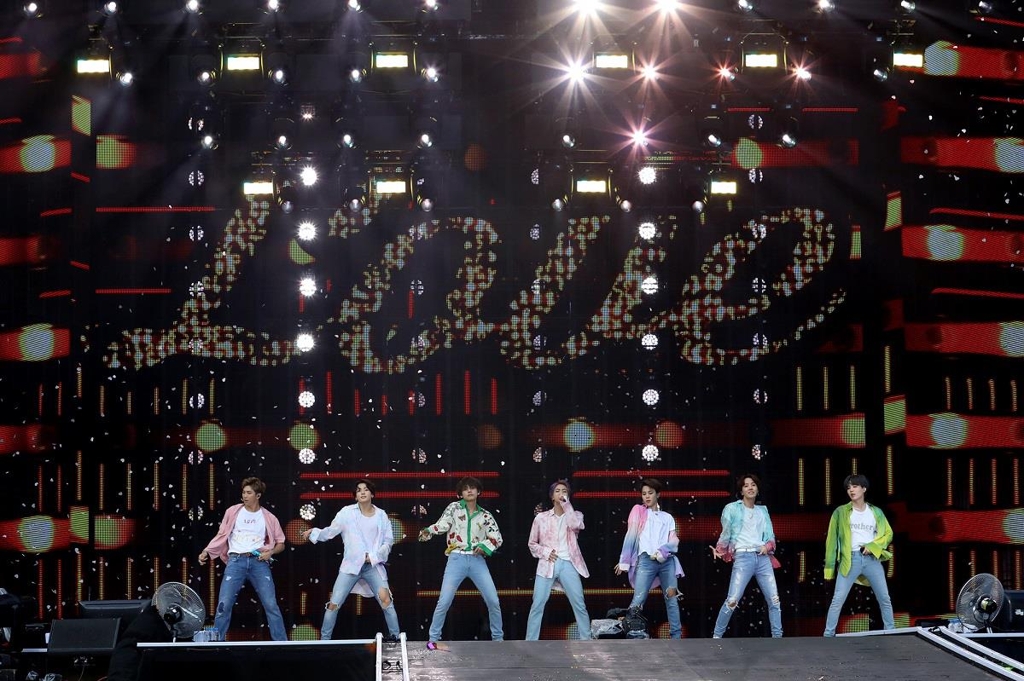 "Love Yourself: Speak Yourself" kicked off in May in Pasadena's Rose Bowl stadium in the United States before hitting Brazil, England and France.

The Japanese leg came with a special set list; it featured the band's first onstage presentation of the Japanese-language version of the band's latest global hit song, "Boy With Luv."

It was one of the three tracks on "Lights/Boy With Luv," BTS' Japanese single released on July 3. The record became the Oricon weekly single chart topper for the week of July 1-7, having earned 637,000 points, the highest first-week score ever for any foreign artist in Japan.

The Sunday Shizuoka concert was also screened live at 277 Japanese movie theaters, according to Big Hit.

The Japanese expedition by BTS was little affected by worsening diplomatic and trade rows between Seoul and Tokyo.

The bilateral trade and diplomatic rows have begun showing signs of seeping into public sentiment in the neighboring countries, with some South Korean consumers starting to boycott Japanese goods and services. 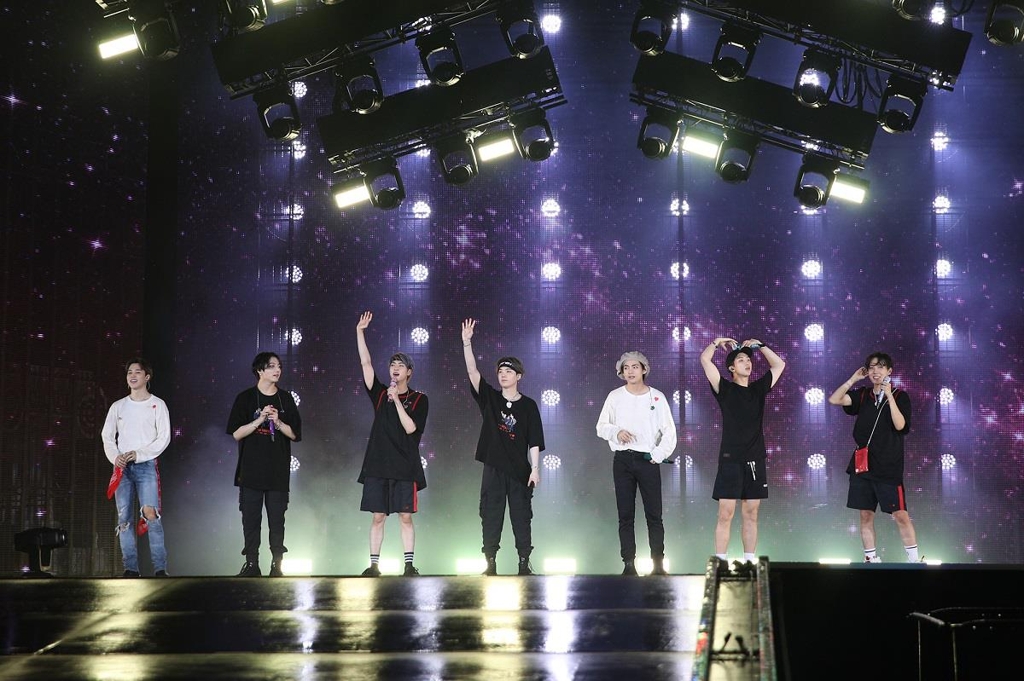 Even against this backdrop, the Japanese stadiums for the recent BTS concerts were filled to the brim and fans there enthusiastically enjoyed live performances that featured a medley of signature BTS songs such as "Fire," "Not Today" and "Dionysus," Big Hit said.

"We give our thanks to (the Japanese) ARMY who have supported us from our debut album to the single we released recently," BTS was quoted by Big Hit as saying following the Japanese tour. ARMY is the name of the BTS fandom.

"The time we spend with ARMY is the best time for us. We are happy thanks to you who enjoyed the performance with us."

Bolstered by the success of the Japanese tour, BTS announced on Sunday that it will add a new Saudi Arabian leg of the "Love Yourself: Speak Yourself" tour.

The performance at the King Fahd International Stadium in Riyadh, set for Oct. 11, makes BTS the first non-Saudi Arabian artist to put on a solo stadium concert in the Arab country. Other foreign acts have performed at festivals in the kingdom. 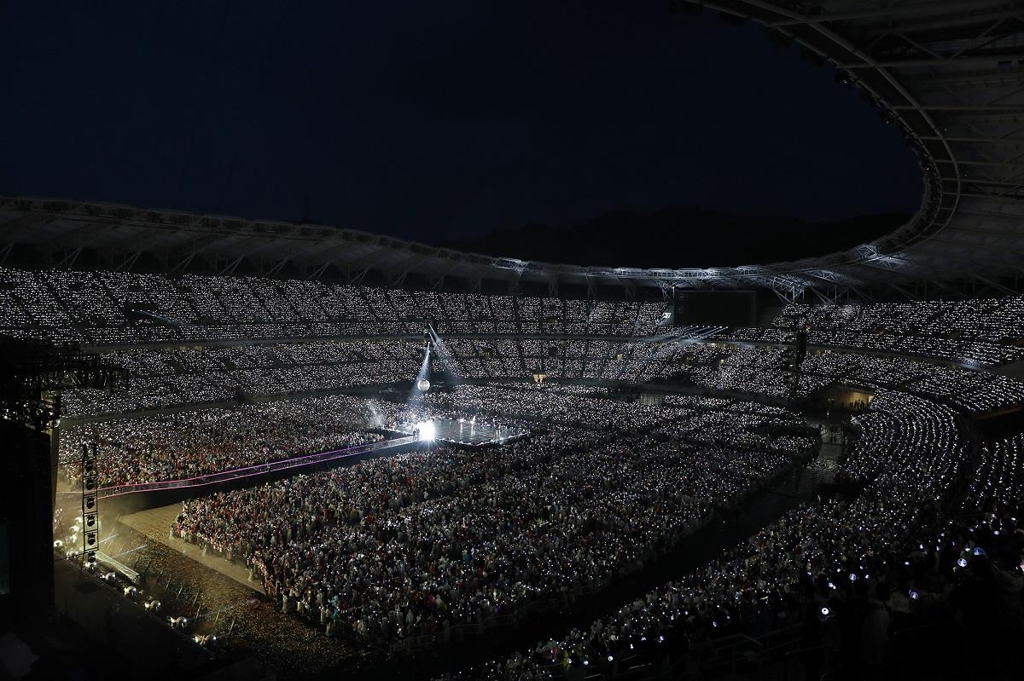