SEOUL, July 17 (Yonhap) -- Sejong the Great, the fourth King of Joseon Dynasty (1392-1910), and his invention of Hangeul, the Korean alphabet, is one of the most frequently used and well-known items in local TV series.

For filmmakers and actors, choosing this story may be like walking a tight rope, balancing between familiarity and staleness.

The historical film "The King's Letters," the maiden work by director Jo Chul-hyun, takes the risk. He puts the Buddhist monk Shinmi, who wasn't recorded in official history, at the center of the plot to add freshness to the movie.

The movie opens with King Sejong, played by Song Kang-ho of the Cannes-winning "Parasite," trying to create a new, easy and simple alphabet for his people.

But he faces difficulty in designing a new set of phonetic letters from the offset, while the literary elite of Joseon, like Korean Confucian scholars and politicians, strongly oppose the king's move, claiming that the invention may challenge the Chinese world order. Before the invention of hangeul, Koreans used the Chinese writing system, which was difficult for the lower class to learn. 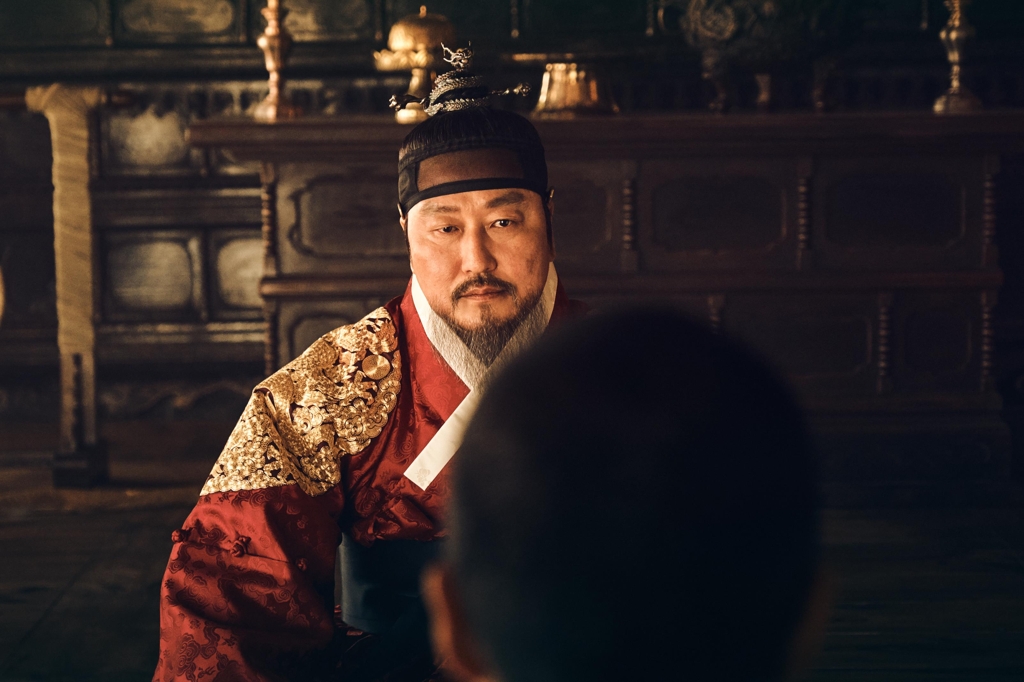 Here, Monk Shinmi, played by Park Hae-il, appears. Known as the best expert in phonology throughout the kingdom, the eccentric Buddhist priest becomes a key assistant to the king's plan.

Along with his disciples and Sejong's sons, Shinmi leads the project to create a new phonogram tailored to the Korean language through studying other phonetic letters like Sanskrit.

The movie features the detailed story of the underlying principle of the new characters, how consonants and vowels were invented and designed, even though nearly all Koreans are well aware of it.

However, the Buddhist priest's unbecoming participation in the project leads to an eventual clash with Sejong, who is the leader of the Joseon Dynasty, which was founded on Confucianism and anti-Buddhism.

The ideological struggle between King Sejong and Shinmi is the highlight of the movie. 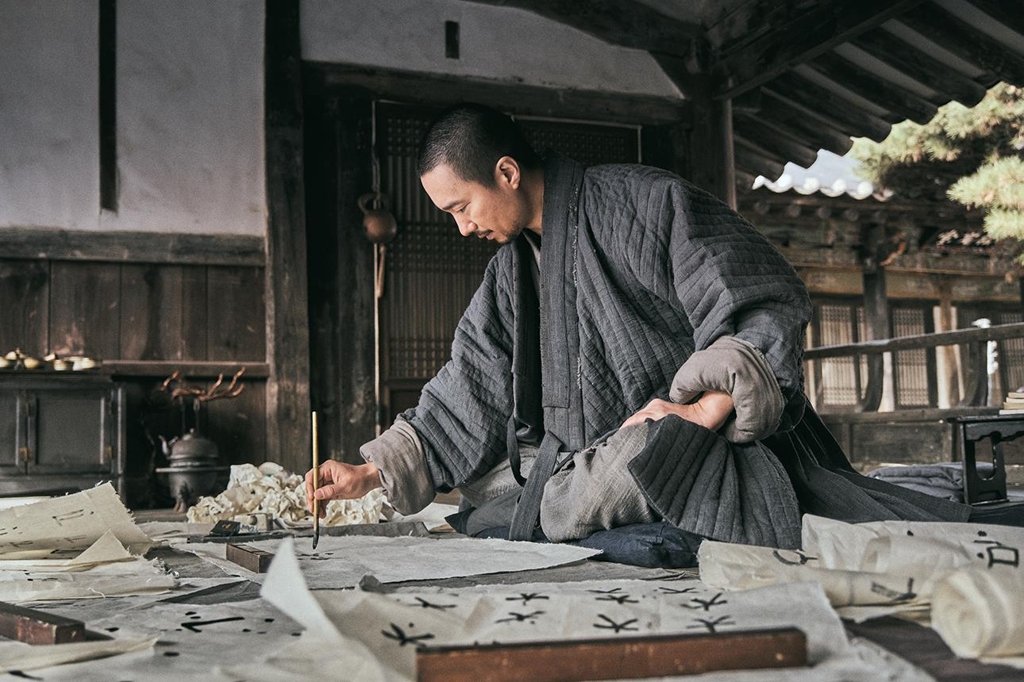 "King Sejong has to go through this project in a secretive way because of the opposition by his officials and the Chinese monarchy," director Jo said at a premiere for the press held Monday. "I wanted to picture the inner conflict between the two closest partners, Sejong and Shinmi."

Moreover, "The King's Letters" doesn't illustrate Sejong as a perfect leader, a commonplace image that people entertain. The king feels guilty about the killing of his wife's family on charges of treason and is anxious about losing his sight before completing Hangeul. But he is still full of energy and willpower to invent Hangeul as a new writing system for his people at the eleventh hour.

Such depiction of a humane hero is well expressed by Song Kang-ho, a veteran actor who took the role of King Yeongjo in the 2015 historical movie "The Throne." Song's Sejong is dignified and majestic but kind and warm-hearted as well.

When he reads the preface of "Hunminjeongeum," an official document describing the principle of Hangeul and explanation of letters and their sounds, his grandeur and stateliness overshadow the familiar and palpable story of King Sejong.

Song said he tried to add something new and creative to the historical hero.

"King Sejong is the greatest of all time, and we know his achievements very well through a number of dramas and movies," Song said. "I think previous pieces rarely focused on the detailed process of Hangeul's invention and the king's personal affliction and loneliness."

However, "The King's Letters" may face criticism for the mitigated role of King Sejong in the project as the movie shows Shinmi is the true inventor of the native script.

Although it adopts one of the few theories that explain the origins of Hangeul, the movie may make audiences feel uncomfortable, regarding the widely accepted notion that King Sejong is solely responsible for the invention.

At the same time, it is embroiled in a plagiarism issue, as a local publisher has filed a lawsuit against the movie's production studio, claiming that the film infringes on its copyright to the story. The litigation is currently under way.

"The King's Letters" will hit local screens next Wednesday.