SEOUL, July 18 (Yonhap) -- With the year 2019 having just passed the halfway point, the South Korean film industry is eying the possibility of four movies posting more than 10 million admissions, considered a huge box-office success in a country with a population of about 52 million.

Cannes-winning "Parasite" is expected to be the next to join the 10-million club, having logged 9.9 million admissions as of Wednesday. It will then be the 26th film of all time to record more than 10 million tickets sales in South Korea. 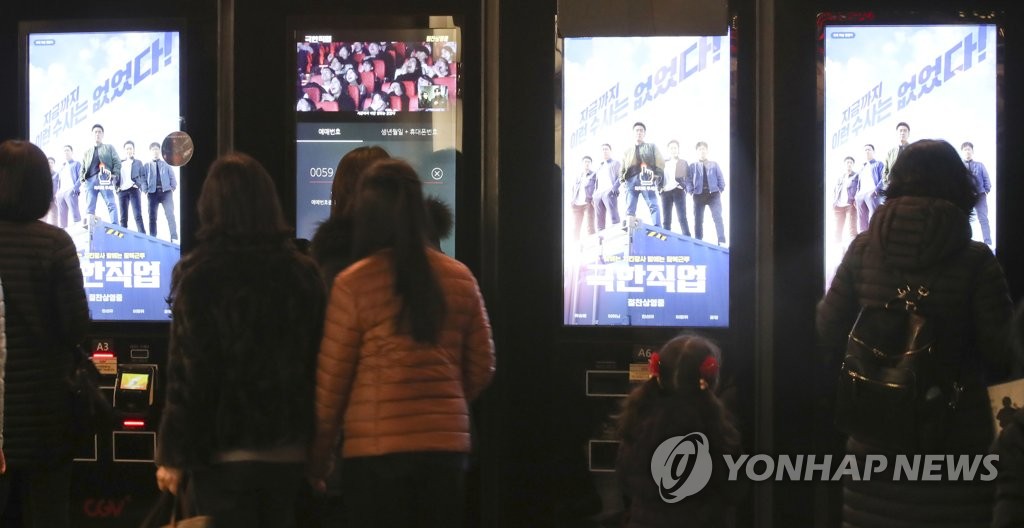 It would be the first time in the Korean box office that four films hit the milestone in the first seven months of a year, and would tie the annual record set in 2014.

Driven by the huge popularity of the four 10-million films -- "Extreme Job", "Endgame," "Aladdin" and "Parasite," Korean cinemas saw a record number of viewers in the first half.

Total admissions in the January-June period jumped 13.5 percent on-year to an all-time high of 109.32 million, according to a report released by the Korean Film Council (KOFIC) on Thursday. Sales expanded 16 percent on-year to a record 930.7 billion won (US$795.4 million) over the same period.

The KOFIC report said "Extreme Job," about a group of goofy anti-drug cops who stake out an organized drug trafficking ring, successfully met the demand of comedy movie fans who were tired of films on heavy social and historical issues, like "Default," about the 1997-98 financial crisis, from the end of 2018.

"Endgame," which hit local screens in April, was widely expected to dominate the local box office, given the huge success of previous "Avengers" series flicks -- "Infinity War" and "Age of Ultron" -- in the country. But its pace was faster than expected, as it took only 11 days to exceed the 10 million mark. It eventually became the most-watched foreign-film of all time in South Korea. 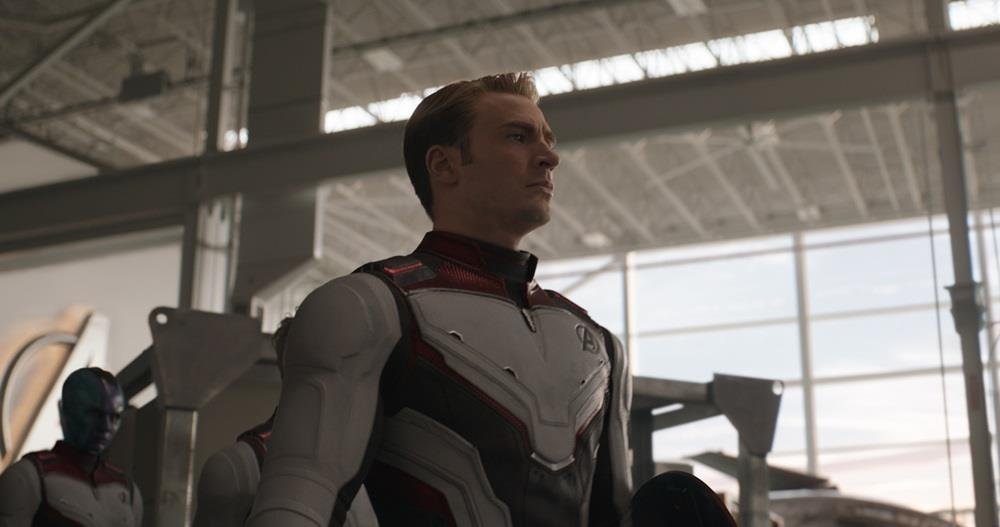 "For the past few years, there has been a boom in crime movies in Korea, which middle-aged people don't really like," Kwak Seo-yeon, a researcher in charge of the KOFIC report, said on Thursday. "This year, 'Parasite' caught the hearts of those in their 50s and older on the back of Cannes' highest prize."

She said its popularity contributed to filling the shoulder season of late spring, along with "Aladdin."

Disney's live-action film, which opened a week before "Parasite" and had remained an underdog for weeks, made a long rally at the box office and became the third movie to hit the 10-million milestone in 2019. 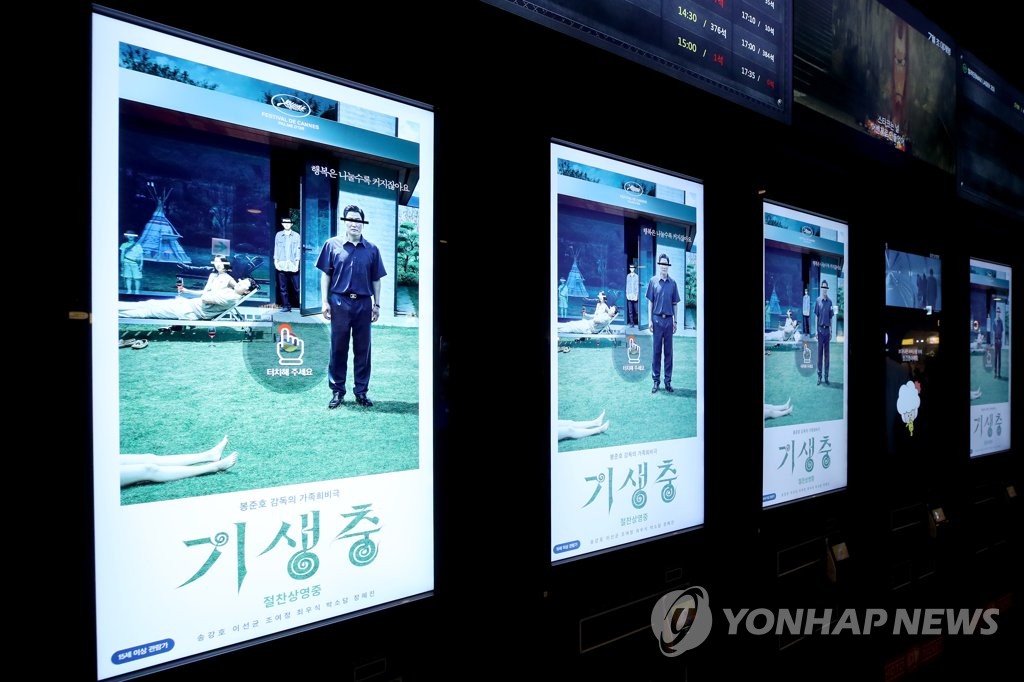 Film experts pointed out that a recent change in movie consumption patterns, driven by a protracted economic slowdown, is also partly responsible for the booming film market.

"An increasing number of people tend to spend their free time watching movies, which offer two or three hours of fun at a relatively cheaper price of less than 20,000 won," an expert said on condition of anonymity. "The ticket price has risen sharply in the past few years, but many people still feel it's relatively cheaper than other cultural activities, like musicals or classical concerts. For them, going to the movies has now become part of their weekend routine."

The fresh trend of watching a certain film more than once is another factor behind the bullish box office results.

"Both 'Parasite' and 'Aladdin' benefited from the multiple-watching trend," said Hwang Jae-hyeon from CJ CGV, the largest multiplex theater chain in Korea. "People share their feeling and impression of movies they saw on social media and this goes viral on the internet and attracts people to the theaters again."

Insiders said more films will join the so-called 10-million club this year when the highly-anticipated Hollywood blockbusters Disney's "Lion King" and "Frozen II" open in the second half.

"Big-name movies will likely dominate the box office in the second half," Kwak, the KOFIC researcher, said. "The lineup is very good, but we have to wait and see until the end of the year."