SEOUL, July 19 (Yonhap) -- South Korea was on high alert Friday for the arrival of a typhoon that is forecast to churn through southern parts of the country with heavy rain and strong winds this weekend.

Jeju Island and other southern provinces, already hit by this week's seasonal downpours, issued heavy rain and high seas alerts for many areas of the regions, as Typhoon Danas is expected to make landfall on Saturday morning.

The season's fifth typhoon is likely to unleash up to 50 millimeters of rain per hour through Saturday in some areas, according to the Korea Meteorological Administration (KMA).

"The typhoon, though small in scale, could bring extreme and unusual rainfall to southern regions and Jeju Island," a KMA official said. "Full-fledged preparedness is needed."

The national weather agency forecast southern coastal regions and Jeju Island to receive 150-300mm of rain through Saturday, with 500-700mm expected for some mountainous areas.

Precipitation will be 50-150 mm in the southern provinces of Jeolla and Gyeongsang and the northeastern province of Gangwon and 10-70 mm in other parts of the country, it said. 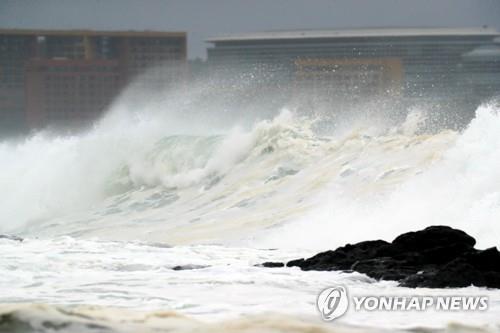 As of 9 p.m. Friday, Danas was traveling northeast about 260 kilometers southwest of Seogwipo, Jeju Island, at a speed of 30 kph, according to the agency. It had an atmospheric pressure of 990 hectopascals at its center.

Danas is predicted to reach waters some 90 kilometers southwest of the port city of Mokpo at around 9 a.m. Saturday. It will then make landfall and pass through the southern part of the country before it exits the peninsula toward the East Sea the following morning, the KMA said.

The storm strengthened passing over relatively warm waters near Taiwan Thursday and early Friday and now carries a huge amount of tropical water vapor, threatening to unleash heavy rain when it arrives in the country's southern parts, the official said.

President Moon Jae-in ordered the government to enhance defense against typhoon damage, according to the presidential office.

"There could be damage from Typhoon Danas. Never let down your guard, and fully prepare for the typhoon," he was quoted by his spokesperson as telling aides. 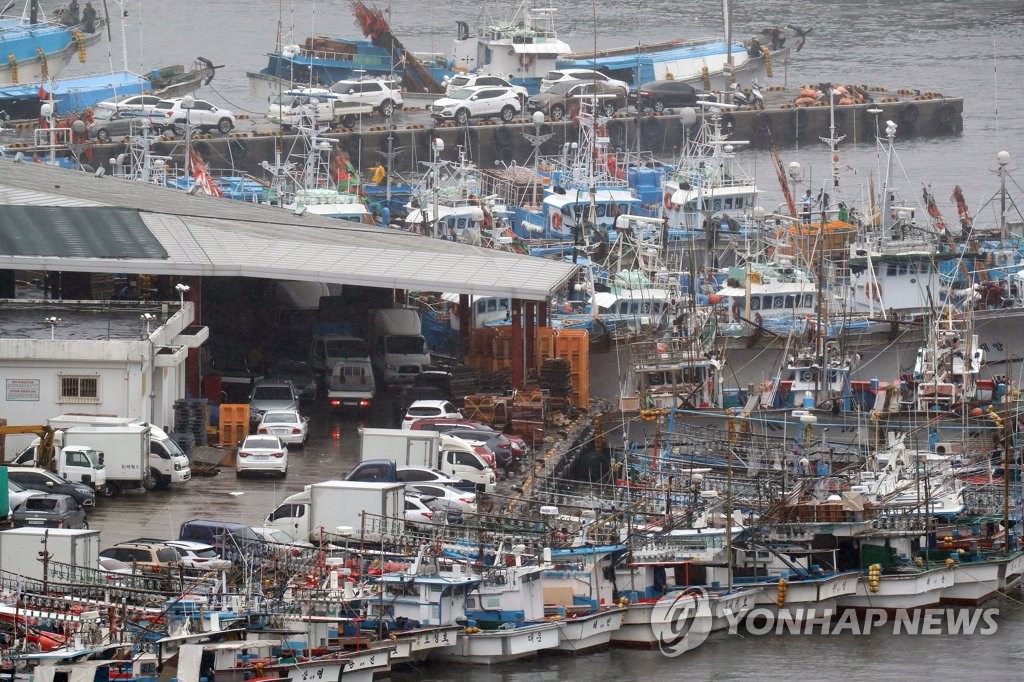 Jeju and other southern provinces closed many beaches, mountains and other vulnerable spots. Fishing boats were moored at ports and most ferry services were canceled.

Several cases of flooded houses, roads and farmland were reported in Jeju and the southeastern city of Busan.

At Jeju International Airport, all flights scheduled after 8 p.m. were canceled. Before that, a total of 117 flights were canceled and 207 others were delayed on Friday. Air travel disruption was likely to expand to other regions as weather conditions worsen.

The typhoon is hampering tourism in the affected areas.

"Since the KMA issued the forecast that Jeju would be on the typhoon's path, more and more customers are canceling reservations," an accommodation service operator on the island said. "The damage is especially serious as it comes over a weekend of this summer holiday season."

The island banned entry to 11 major beaches and restricted tourist access to mountainous and coastal areas. 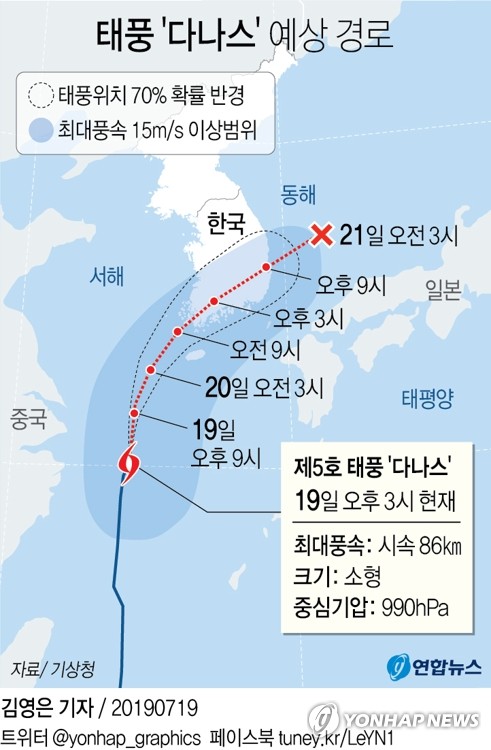