(ATTN: RECASTS throughout with updated info)

SEOUL, July 20 (Yonhap) -- South Korea will remain on alert over the weekend against any possible lingering impact of Typhoon Danas, though the storm appears to have died down, government officials said Saturday.

No deaths have been reported but dozens of houses and some farming land are under water and more than a hundred flights have been suspended due to heavy rains caused by the typhoon that hit the southern parts of the Korean Peninsula hard.

More rain is in the forecast for the south of the country, the Korea Meteorological Administration (KMA) said, urging people there should to remain on alert until Sunday.

"There could be some damage in mountainous areas of Jeju Island and other southern parts of the country until tomorrow from heavy rain and strong winds, although the typhoon has nearly dissipated," the KMA said.

"Until noon tomorrow, the Gyeongsang provinces, the eastern part of the Jeolla provinces and other surrounding areas are expected to receive 20-30mm of rain per hour," the KMA added.

The national weather agency said a mountainous area on the southern resort island of Jeju had received a total of more than 1,000mm of rain as of 4 p.m. and South Gyeongsang Province had over 300mm of rain.

At noon, Typhoon Danas reached waters 50 kilometers west of the southwestern island of Jindo where it was downgraded to a tropical depression.

Danas, the fifth typhoon of this year, was expected to make landfall in waters off the southern coast of the peninsula and pass through the southern provinces, packing strong winds and heavy rains.

The typhoon, however, appears to have weakened significantly as it passed over relatively cold water on its way to the peninsula.

Though weakened, it hit the southern area hard with heavy rains and disrupted flights to and from major areas in the south of the country.

About 130 flights across the country have been cancelled or suspended due to heavy winds. Flight services resumed at Jeju International Airport on the southern resort island later Saturday.

More than 120 ferries were grounded at seaports, such as Mokpo, Yeosu and Masan due to high waters.

The country's three major telecom companies -- SK Telecom Co., KT Corp. and LG Uplus -- have initiated an emergency operating system in case of incidents caused by the typhoon. They have thousands of employees standing ready to handle any incidents and have prepared emergency generators.

As of 3 p.m., heavy rain alerts remained in effect in southern areas, including some cities and counties in Busan, Ulsan and Jeju. 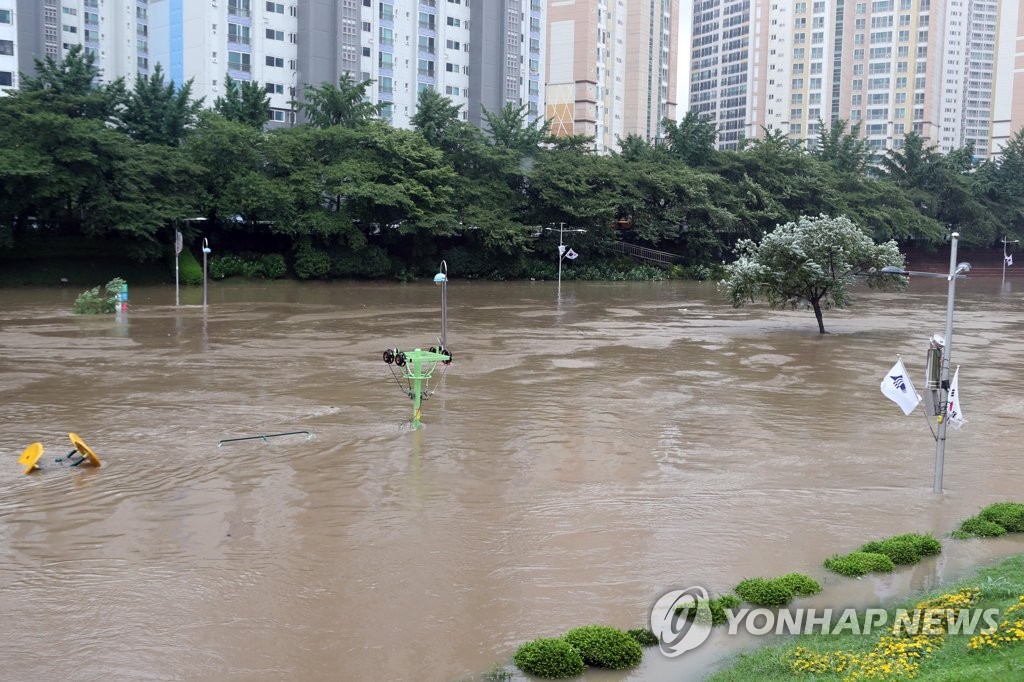