GWANGJU, July 21 (Yonhap) -- The South Korean women's water polo team came into its first world championships with the objective of scoring one goal.

That seems modest in hindsight, as the collection of water polo beginners, put together only about two months ago, has scored six times in four matches so far at the FINA World Championships.

The feel-good journey for the young team -- 12 of 13 players are teenagers -- will end Monday when South Korea faces Cuba in the 15th-place match, starting at 8 a.m.

South Korea lost all three preliminary games and fell to South Africa 26-3 in the 13th-16th place semifinals on Saturday. Cuba also lost its three games in the early round, and then got knocked out by Japan 21-9 in the other placement semifinals match Saturday.

Having increased their goal total from one to two to three over the past three games, South Korean players said they will try to score four times against Cuba.

Also on Monday, the high diving competition will begin with the opening two rounds for both men and women.

High diving joined the world championships in 2013. On the men's side, the event's first three champions, Orlando Duque of Colombia, Gary Hunt of Britain and Steve LoBue of the United States, are all here.

In the women's competition, defending champion Rhiannan Iffland of Australia will be up against the bronze medalist from the last two world championships, Yana Nestsiarava of Belarus, and 2017 silver medalist from Mexico, Adriana Jimenez.

The following is the list of all events scheduled for Monday. All times are local. 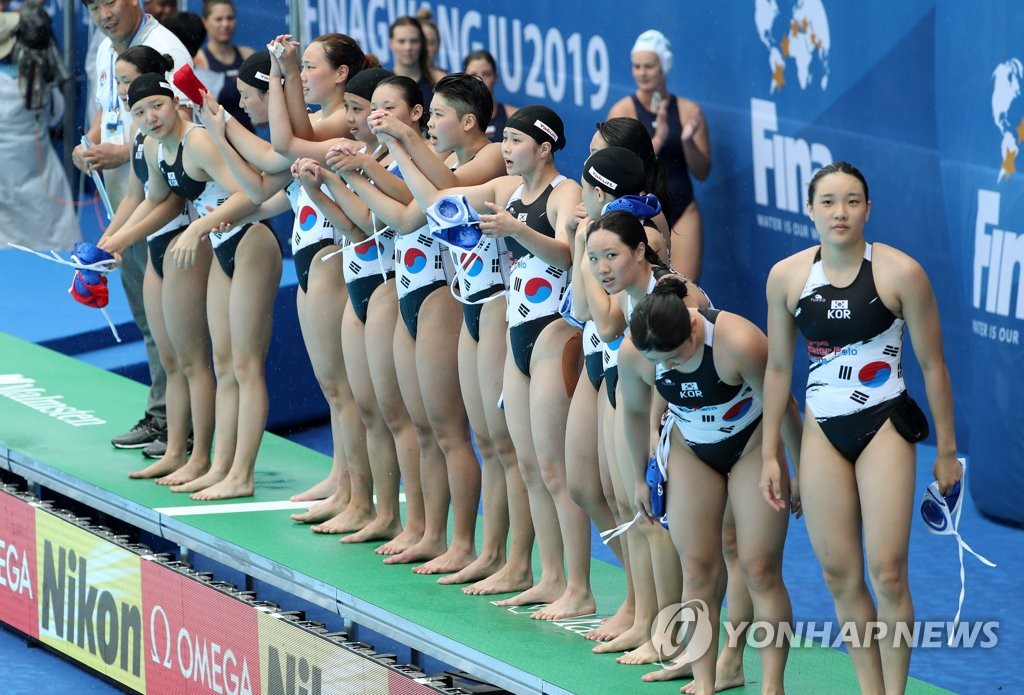