South Korea has blasted Japan for weaponizing trade after Tokyo recently tightened controls on exports to Seoul of key high-tech materials crucial for the production of semiconductors and displays, in apparent retaliation for a series of South Korean court rulings last year over Japan's wartime forced labor. 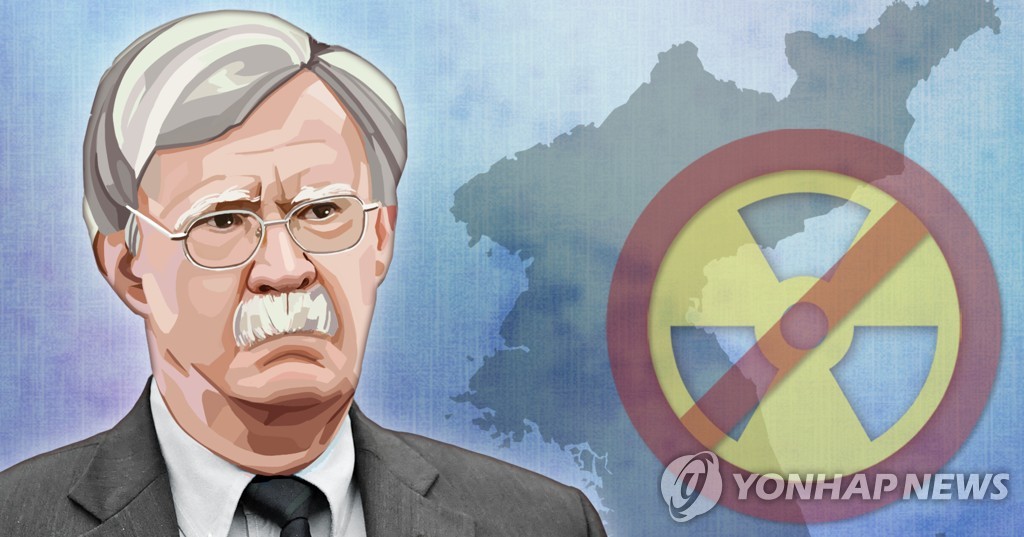 Japan's NHK reported that Bolton may arrive in South Korea on Tuesday for a two-day stay after visiting Tokyo.

Trump and North Korean leader Kim Jong-un agreed to resume working-level talks on the North's denuclearization when they held a surprise meeting at the inter-Korean border village of Panmunjom on June 30.

Besides North Korea, some observers said that Bolton could make a request for Seoul to join the U.S. initiative to form an international military coalition to ensure free navigation in the strategically crucial Strait of Hormuz off Iran.
(END)