Lee Jae-yong, the de-facto leader of the South Korean tech giant, convened the gathering with chiefs of semiconductor and display divisions, as well as CEOs of its affiliates, including electronics component maker Samsung Electro-Mechanics Co. and battery-making unit Samsung SDI Co., a company official said.

Lee also plans to visit factories of Samsung Electronics and its affiliates starting from Tuesday, including several semiconductor fabrication lines, their assembly lines and display panel factory, the official noted.

"Lee is expected to check the whole value chain of semiconductors and displays as part of efforts to deal with the recent emergency situation," the Samsung official said, asking not to be named. 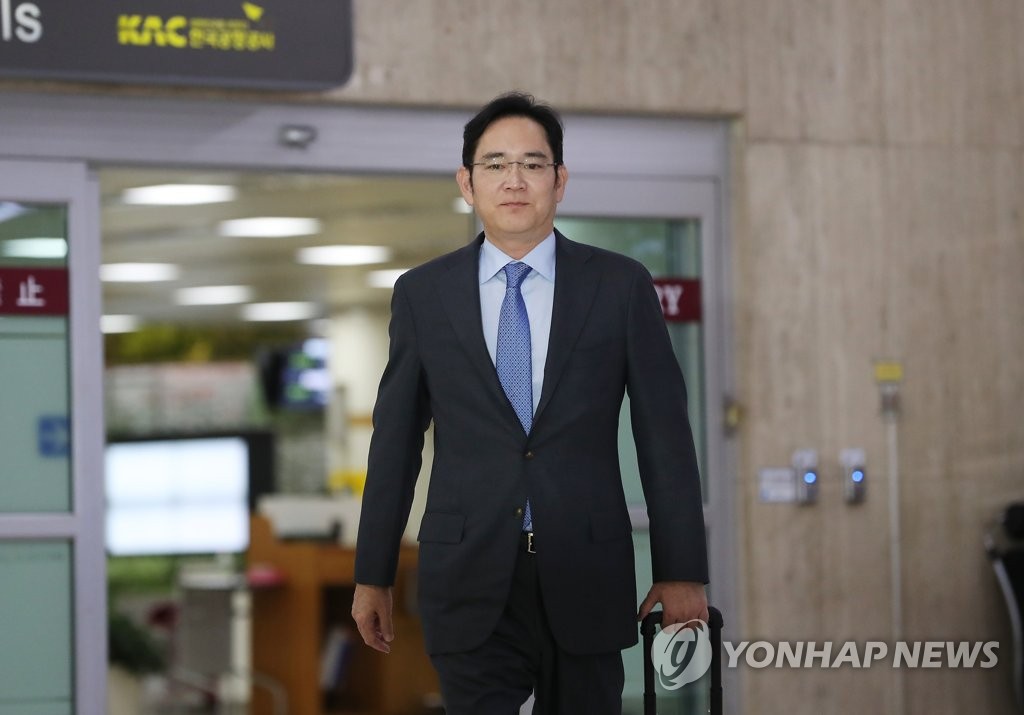 Lee's appearance on the front line comes as the world's largest memory chip and smartphone maker could be a prime target if the scope of Japan's export controls expands beyond materials for chips and displays to smartphones, televisions and other consumer electronics.

Samsung has been securing stockpiles of three key materials needed for chips and displays over the past month, while asking its local partners in the production of televisions, consumer electronics and smartphones to follow suit.

The Korean tech giant has also been testing non-Japanese materials and searching for new suppliers in China, Taiwan and at home to diversify its supply chain.

Although the tougher regulations do not ban the affected items, Japan's latest salvo is adding to the woes of Korean companies that are already grappling with uncertainties from the drawn-out trade war between the United States and China.