Juri proved her talent in the show's third season, "Produce 48," in 2018, but was eliminated in the final stage of the competition to fix the lineup of girl band IZ*ONE, which debuted through the show the same year.

Juri stayed in Korea as she wanted to try her luck at the forefront of the K-pop scene.

"Pink Punch" is the first song on the six-track EP, but the second track, "Bim Bam Bum," is the main song the band will be promoting on TV shows and beyond.

A German representation of the sound of a bell -- like English's 'ding dong' -- the title conveys the band's wish to make the world ring with their music.

"Going for a challenge is very important for me. I came here to Korea to tackle a new challenge," Juri said. 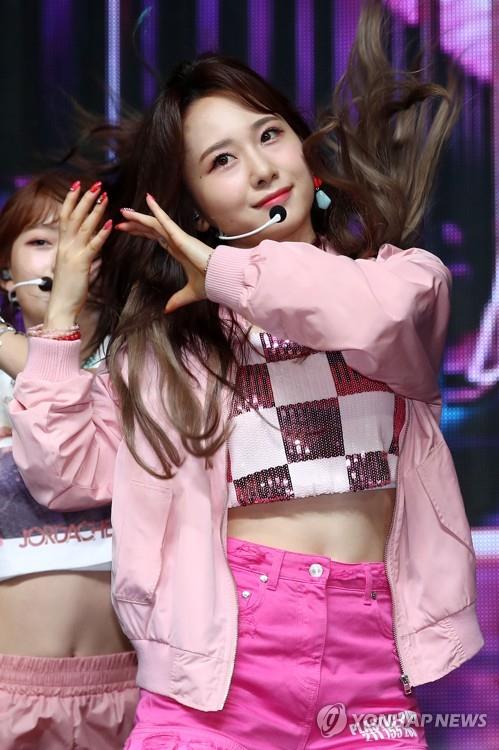 When she started out as a trainee for the new band, her Korean band mates experienced a major language barrier between them and the sole Japanese member, but they began to learn each other's language, making communication "very smooth" as of late, according to Yeonhee.

Another interesting feature of the band is that member Dahyun, 14, is the youngest female K-pop artist to debut in an adult band.

"Even now, I am very nervous. But my 'eonnis' calmed me down and told me, 'Don't worry, and enjoy being on stage like you did while training,'" Dahyun said, using the Korean term for a girl's older sister.

Another member, Suyun, said the strength of the band comes from the fact that "each and every member has talent and an appearance good enough to become the pivot of the band."

The record's other four tracks are sentimental ballad "Lucid Dream," "Love is Over," "Favorite" and "Do Something." 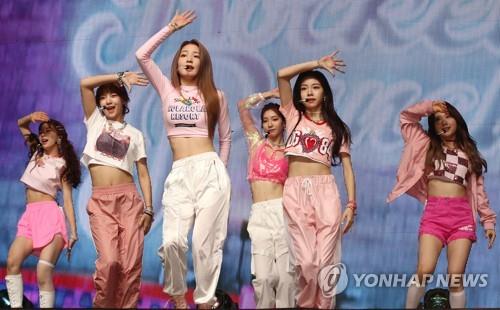 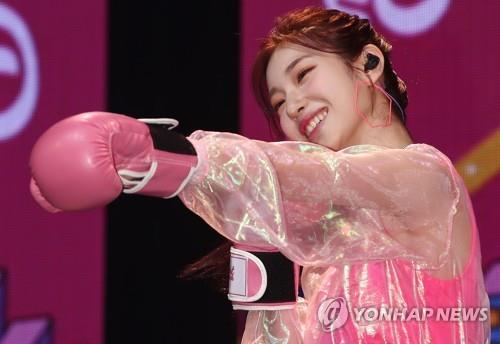