SEOUL, Aug. 11 (Yonhap) -- South Korea and the Philippines will hold a third round of free trade talks this week with the aim of striking a trade deal before November, Seoul's trade ministry said Sunday.

The two sides already held FTA talks in June and July, according to the ministry. The upcoming talks will be held from Monday to Wednesday in Busan, South Korea's southeastern port city.

In June, Seoul and Manila officially announced the start of FTA negotiations as part of efforts to strengthen bilateral economic ties.

The two countries set the goal of completing the trade negotiations by November this year, in tune with South Korea's summit with the Association of Southeast Asian Nations (ASEAN) countries here.

Trade volume between the two has been expanding sharply over the past years, reaching US$15.6 billion in 2018, up 67 percent from $9.3 billion posted in 2010, according to Seoul's trade ministry.

South Korea's exports to the Philippines reached $12 billion in 2018, up 13.6 percent from a year earlier. The Southeast Asian country is South Korea's fifth-largest trading partner among the ASEAN countries.

In addition to its FTA with ASEAN, Seoul has been seeking to sign separate deals with individual members for more detailed and customized trade terms.

South Korea already clinched FTAs with Vietnam and Singapore, and is currently in FTA talks with Malaysia and Indonesia as well. If all talks under way are successful, South Korea will have FTA deals with all of its top five trading partners in Southeast Asia. 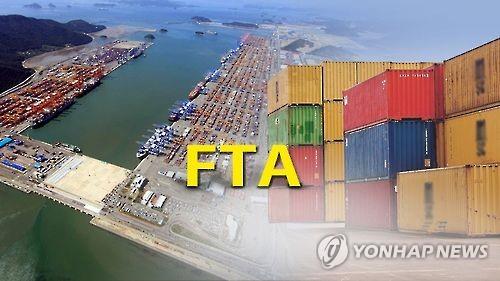