SEOUL, Aug. 13 (Yonhap) -- Midway through its 16-episode run, tvN drama series "Hotel Del Luna" is having its moment, with its latest episode aired on Sunday hitting a viewership high of 10 percent.

And so is the drama's original score that brings together unprecedentedly top-tier K-pop singers to grace the background of the fantasy romance combined with horror.

"Can You Hear My Voice" by female solo singer Ben, an OST number for the series, topped the daily chart of Melon, one of the major online music stores, as of Tuesday.

It was followed by other songs from the soundtrack, "Remember Me" by Gummy" at No. 2, "Goodbye" by Paul Kim at third and "All About You" by Taeyeon at fourth.

Including them, a total of five of the daily chart's top 10 songs were tracks produced as background music for the increasingly popular series.

The song by Taeyeon, a member of famous girl band Girls' Generation, again topped the daily chart of Naver Music, followed by Gummy's track at ninth, as of Tuesday, as the songs from the drama series showed solid chart performances on other online music charts as well.

The songs' chart-topping performances are largely thanks to the series' growing popularity, but they form an album of masterpieces in their own rights.

The series' 10 songs that have been released so far have brought together an army of such established K-pop ballad singers as the member of Girls' Generation, Gummy, Heize, Red Velvet as well as rising names like Ben, Paul Kim and Chungha to vividly convey many different shades of sentiment from the fateful love between the series' two leading actors.

The hotel's setting as a spooky accommodation catering to ghosts adds a layer of horror to the fantasy romance series.

The latest feat by the soundtrack of "Hotel Del Luna" is representative of the growing presence of OST numbers on the K-pop music scene.

The wildly popular 2016 drama series "Descendants of the Sun" spawned many famous background tracks, including "You Are My Everything" by Gummy.

Another high-profile series in 2016, "Guardian: The Lonely and Great God," created another hit song, "I Will Go to You Like the First Snow" by Ailee, which maintained a seat on online music charts for a long period of time after its release. 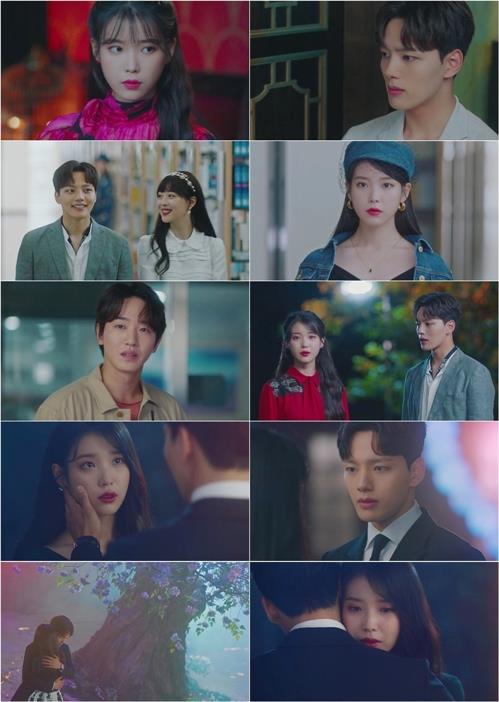