SEOUL, Aug. 13 (Yonhap) -- Comedy actor Oh Dal-soo, who suspended his activities last year due to a sexual abuse scandal, said Tuesday he will be returning to the big screen after a hiatus of one and a half years.

Oh said in a statement released through his agency, C-JeS Entertainment, that he has decided to appear in an independent film titled "Yo Si Chal" in Korean (meaning "surveillance"), while apologizing again for causing concern.

Oh suspended his film activities after accusations of sexual assault surfaced in February last year amid the spread of the Me Too campaign in South Korea. 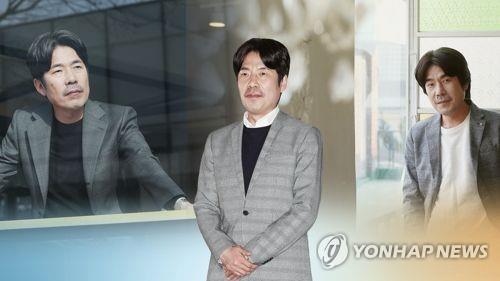 Oh was suspected of sexually assaulting several women in the 1990s when he belonged to the Yeonhee Street Theatre Troupe, one of the country's top theater groups. He denied the accusations at the time but retreated to his home in Busan.

Oh said in the statement that he has reflected on his life after returning to his hometown early last year, while the police have wrapped up their investigation into his case.

"I think I have tried to live a faithful life in order not to do harm to others, though I have many shortcomings. I again offer my apology for causing concern to many people. I'll work harder," the actor said.

In this regard, Oh's agency said the actor has decided to resume his film activities as police have cleared him of sexual offense charges.

The independent film "Yo Si Chal" focuses on stories occurring inside a prison.