SEOUL, Aug. 14 (Yonhap) -- Three workers were killed and as many others injured in a construction elevator crash in the eastern city of Sokcho on Wednesday, police and fire authorities said.

The hoist carrying three workers in their 20s and 30s plummeted from the 15th floor at an apartment building construction site in the city, 210 kilometers east of Seoul, at 8:28 a.m. They were all killed.

They were dismantling the lift rail installed on the outer wall of the 31-floor residential-cum-commercial building, police said.

The collapse wounded three others who were working on the ground. Among them is a 30-something brother of one of the dead workers. He is in a serious condition with multiple fractures. 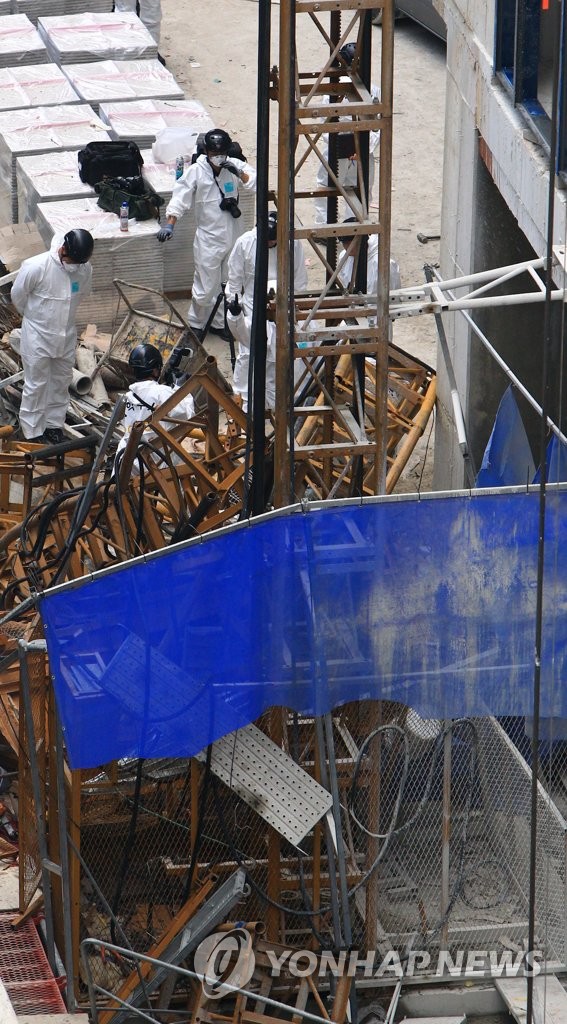 The others are Central Asians in their 40s. They sustained scratches and fled the hospital because they are staying here illegally, police said.

Police are investigating the incident and plan to question company officials about whether they abided by safety rules.

Police said the accident occurred during the process of removing the mast structure on the outer wall that supported the lift. The workers were loading the debris onto the elevator.

"It is likely that the elevator could not withstand the weight of the dismantled structure," a police officer said.

Some 30 firefighters were sent to the scene, and rescue work was completed 40 minutes after they arrived.

"I looked up after hearing a scream from above and saw the elevator falling. In a few seconds it hit the ground with a thud. I ran sideways and escaped by a hair's breadth," a worker said.

"The elevator was totally crushed and the bodies of those aboard were protruding from the wreck," he added. 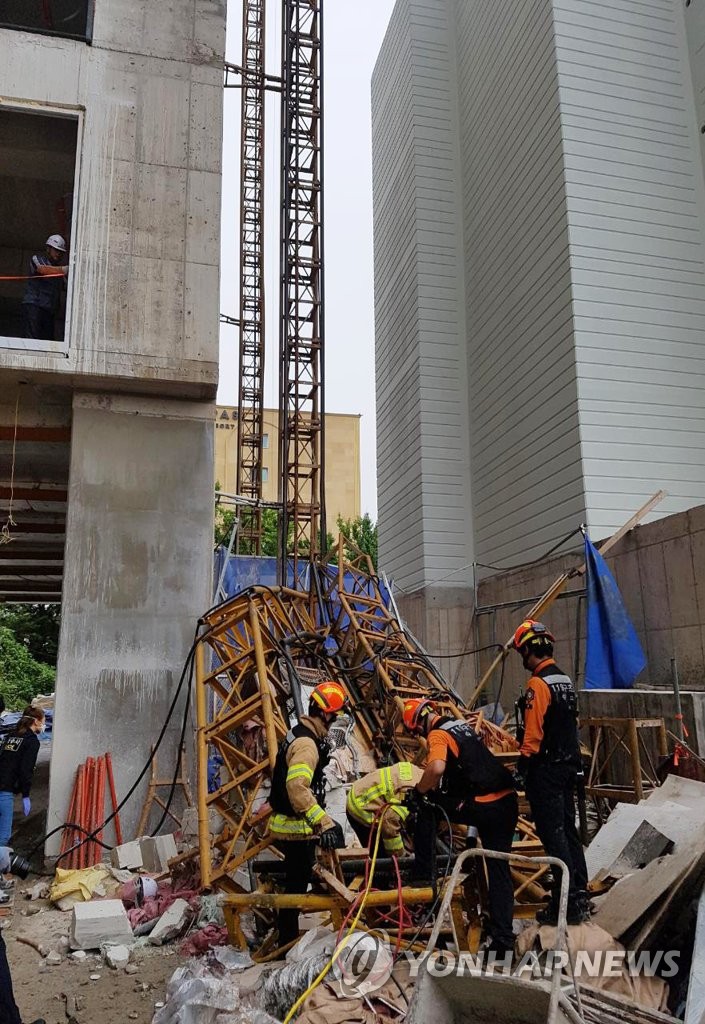