The plan was one of the key projects that the ministry unveiled in its five-year defense blueprint for 2020-2024 amid heightened concerns about North Korea's missile capabilities in the wake of a series of test-firings of what Pyongyang claimed were new weapons.

The five-year plan calls for spending 290.5 trillion won (US$239.88 billion), a 7.1 percent on-year hike on average over the next five years. Of the total, 103.8 trillion won is on improving defense capabilities and the remaining 186.7 trillion won on force management, the ministry noted. 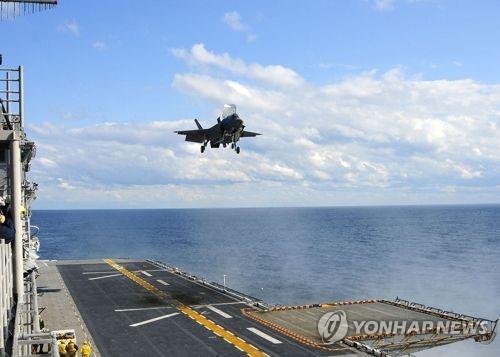 In order to advance its independent, low-tier missile shield called the Korea Air and Missile Defense system, the military plans to expand its detection coverage of ballistic missiles by securing two upgraded early warning radars for deployment in around 2020. Currently, the Air Force operates two such radars.

The military also plans to begin building three more Aegis-equipped destroyers with an advanced radar system to be put into operation around 2028, which will have vertical launching systems capable of firing Standard Missile-3 (SM-3) ship-based interceptors or comparable ones.

It will also seek to enhance its multi-layered interception capabilities by deploying the improved version of interceptors -- Patriot Advanced Capability (PAC)-3 and Cheolmae-II missiles, while wrapping up the development of L-SAM, a long-range surface-to-air missile.

With a goal to boost its "strategic target strike" capabilities against nuclear and missile facilities, the ministry vowed to secure more precision-guided missiles to be launched from the ground, the sea, submarines and fighter jets.

The development of additional non-lethal weapons will also be pushed for, such as electromagnetic pulse bombs and blackout ones, to neutralize North Korea's electric power system in contingencies, according to the ministry.

In order to "significantly" boost reconnaissance and surveillance capabilities of its own, the ministry also vowed to deploy five military satellites by 2023 and multiple mid- and high-altitude drones over the next five years.

Also among the plans are the construction of an indigenous arsenal ship equipped with precision-guided weapons for ground targets and the development of homegrown ship-to-ground missiles to be equipped on indigenous destroyers.

After a 17-month hiatus, North Korea resumed its major weapons tests in May. In protest against the combined exercise between South Korea and the U.S., in particular, the communist country test-fired short-range ballistic missiles five times over the past three weeks, with the latest one taking place Saturday.

The North is believed to have successfully developed its version of the Iskander, the ground-based short-range ballistic missile, recently, and is presumed to show off another fresh type of short-range missile that looks similar to the U.S.' Army Tactical Missile System (ATACMS). 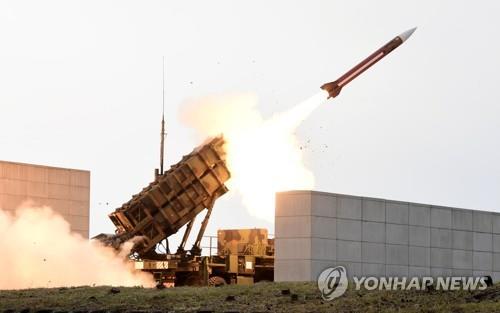 In order to boost its capabilities to lead the envisioned wartime operations, the ministry vowed to earmark 56.6 trillion won.

South Korea and the U.S. have been pushing for the conditions-based transfer of the wartime operational control (OPCON) of their combined troops from Washington to Seoul. Though no deadline was set, the two sides have been eyeing 2022 or thereabouts as a target date.

To that end, the military seeks to begin constructing a light aircraft carrier on which F-35B stealth fighter jets land, and to build 3,000-ton submarines.

It also vowed to procure advance weapons systems in replacement of its conventional weapons in line with the reduction in the number of troops, and to increase its investment in research and development for the latest defense technologies.

The midterm plan also included spending to boost the welfare of service persons and to create a desirable barracks culture and service environments.

"We will concentrate on making leading responses to security threats from all directions possible, as well as on building and properly managing a smart military based upon state-of-the-art science technologies," the ministry said.