Its operating profit came to 198.7 billion won in the January-June period, up 8.3 percent from a year ago.

The lender, owned by British banking giant Standard Chartered, said overall revenue went up on a steady rise in interest income and a one-off profit from bad-loan sales.

The bank's return on equity, a key measure of profitability, stood at 6.65 percent in the first half, up 0.47 percentage point from a year earlier. 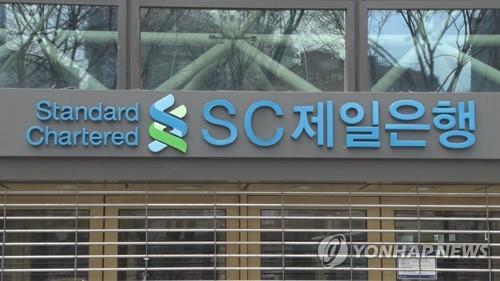 The lender's ratio of nonperforming loans reached 0.56 percent as of the end of June, up 0.06 percentage point from a year ago, with its loan delinquency rate dropping 0.04 percentage point to 0.26 percent.

The ratio measures the proportion of a bank's total capital to its risk-weighted assets. The Bank for International Settlements, an international organization of central banks based in Basel, Switzerland, advises lenders to maintain a ratio of 8 percent or higher.

In 2005, the British financial group took over the financially troubled First Bank of Korea.
(END)